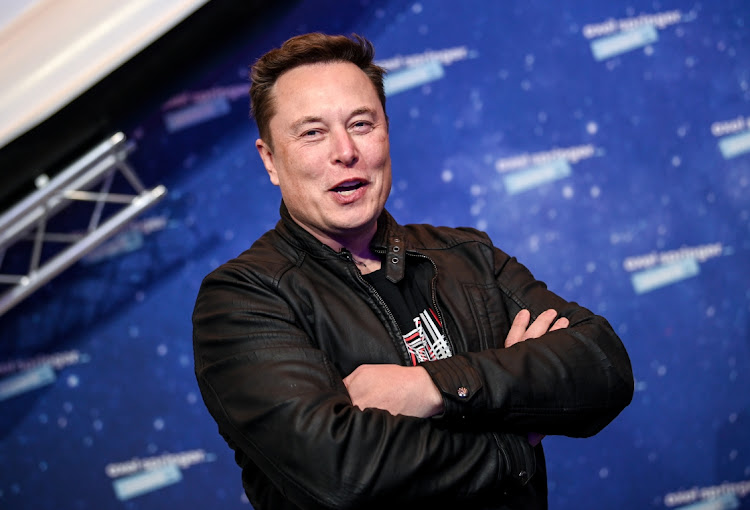 Should Elon Musk decide to unload some of his stake in Tesla Inc, he will be capitalising on a massive rally that has made the electric-vehicle maker one of the world's most valuable companies.

The Tesla chief asked his Twitter followers on Saturday if he should sell 10% of his Tesla stake. Nearly 58% said they would support such a sale, leading the stock to fall 4.9% when trading resumed on Monday.

Musk polled his Twitter followers after a jump in Tesla shares in recent weeks extended a strong, if volatile, run for the stock since it was added to the S&P 500 index late last year.

Trading in Tesla has averaged $19bn (roughly R283.8bn) a day in the past three months, more than any other US company, according to Refinitiv data.

Tesla Inc CEO Elon Musk on Saturday asked his 62.5-million followers on Twitter in a poll if he should sell 10% of his Tesla stock
Motoring
3 weeks ago

Here is a closer look at Tesla's shares:

After falling in the first half of 2021, Tesla shares have soared in recent weeks. Since October 20, the stock has gained some 34%, with the S&P 500 up 3.6% over that time, a move that has pushed the electric-car maker's market value over $1-trillion (roughly R14.9-trillion).

With those recent gains, Tesla shares have now surged 67% since the stock joined the S&P 500 in late December, versus a 27% gain for the benchmark index over that time.

Tesla's valuation has crept lower in recent months, as analysts increase their earnings forecasts. Analysts on average see Tesla's 2022 earnings per share at $7.92, up from an average estimate of $5.50 per share in February.

However, Tesla's PE valuation remains sky-high, with the stock now trading at 150-times future earnings, compared to 21 times for the S&P 500.

Short bets against Tesla have declined this year as the stock's rally forced some investors to cover their positions.

The number of Tesla shares shorted stood at 29.5-million, down from 60.6-million at the start of January, analytics firm S3 Partners said on Monday. The short position in Tesla as a percentage of the company's float is down to 3.6% from about 8% at the start of the year.

Tesla and other car companies' shares have notched big swings this year as the auto sector goes through upheavals related to the global supply crisis and other effects of the coronavirus pandemic. Tesla's stock has gained or lost 2% in a session 99 times so far in 2021, compared to 79 times for Ford Motor and just five times for the S&P 500.

The Australian government on Tuesday pledged A$178m (roughly R1.97bn) to ramp up the rollout of hydrogen refuelling and charging stations for ...
Motoring
3 weeks ago