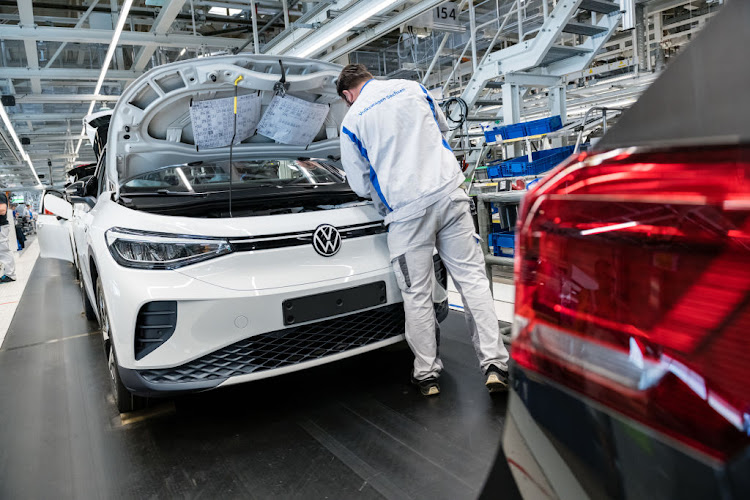 Global automakers are planning to spend more than half a trillion dollars on electric vehicles and batteries through 2030, according to a Reuters analysis, amping up investments aimed at weaning car buyers away from fossil fuels and meeting increasingly tough decarbonisation targets.

Less than three years ago, a similar analysis by Reuters found car companies planned to spend $300bn (roughly R4,527,720,000,000) on EVs and related technologies. But looming zero-carbon mandates in cities such as London and Paris and countries from Norway to China have lent additional urgency to the industry’s EV-related investment commitments.

The most recent analysis shows carmakers planning to spend an estimated $515bn (roughly R7,772,586,000,000) over the next five to 10 years to develop and build new battery-powered vehicles and shift away from combustion engines. However, industry executives and forecasters remain concerned consumer demand for EVs could fall well short of aggressive targets without substantial additional incentives and even greater spending on charging infrastructure and grid capacity.

Brian Maxim, head of global powertrain forecasting at AutoForecast Solutions, likens the growing investment commitments in vehicle electrification to the Cold War: "Once a few manufacturers announced EV programmes, everyone else had to announce their own or be viewed as being left behind."

However, he added, "this leaves a lot of vehicle manufacturers planning significant volumes for a vehicle category that has unknown consumer acceptance, and will have minimal to no profit" for years.

Other surveys have come up with different spending projections. In June, consulting firm AlixPartners said auto industry investments in electric vehicles would reach $330bn (roughly R4,980,492,000,000) by 2025. In 2020, all global automakers combined spent nearly $225bn (roughly R3,395,790,000,000) on capital expenditures and research and development, according to AlixPartners.

Tesla Inc, the world's largest EV manufacturer, appears to be the one company that is selling virtually every vehicle it can build and is readying new multibillion-dollar "gigafactories" near Berlin and Austin that will significantly boost its annual production capacity. In early November, the company was valued at $1.2-trillion (roughly R18,110,880,000,000), more than twice the combined value of Volkswagen AG, Toyota Motor Corp, Ford Motor Co and General Motors Co.

Meanwhile, political and regulatory pressure is building on the world's carmakers to begin phasing out production of fossil fuelled vehicles, including gasoline-electric hybrids, over the next 10 to 15 years, while ramping up output of full electric models.

A number of countries, from Singapore to Sweden, have said they will ban sales of new combustion engine vehicles by 2030. US President Joseph Biden has said he wants 40% to 50% of sales to be electric vehicles by 2030.

Germany's VW Group, which is still recovering financially from the 2016 Dieselgate emissions cheating scandal, continues to lead the rest of the industry, with more than $110bn (roughly R1,660,164,000,000) in EV and battery investment commitments through 2030. Those commitments, which represent more than 20% of the industry total, underpin VW's aggressive rollout plans for millions of EVs in Europe, China and North America over the next decade.

VW's investments, like those of many of its rivals, are aimed at improving the range and performance of batteries and lowering the cost of EVs, as well as expanding battery and EV production across the globe, according to public data released by the companies.

These investments do not include the tens of billions of dollars being invested in additional production capacity by the world's largest battery companies, many in cooperation with their automaker partners.

Amazon-backed electric vehicle maker Rivian sold shares in its initial public offering at $78 per share, above its target range, to raise more than ...
Motoring
2 weeks ago

Renault CEO Luca de Meo said on Tuesday the company had to keep lowering costs in order to simplify the organisation and achieve its target of ...
Motoring
2 weeks ago