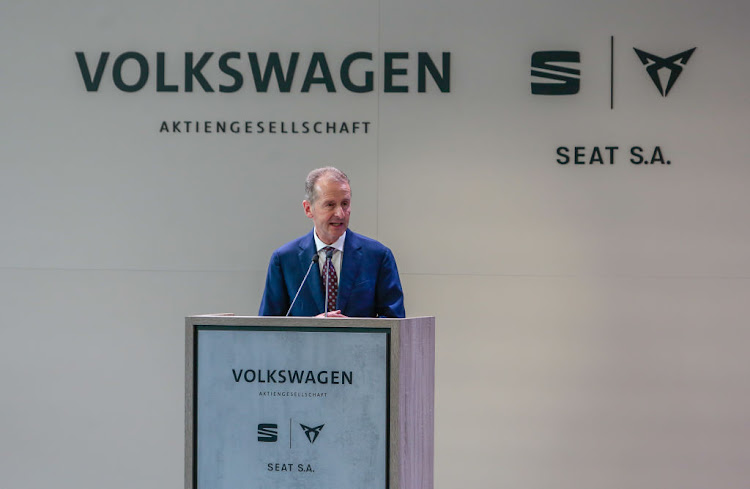 Herbert Diess is confident he will continue as Volkswagen's CEO into 2022.
Image: Miquel Benitez/Getty Images

Volkswagen's Herbert Diess said on Wednesday he was confident he would remain as chief executive into next year, dismissing speculation that he could be pushed aside.

Diess, who is facing disagreements with Volkswagen's works council over potential cuts, was asked at an online summit organised by German newspaper Handelsblatt whether he believed he would keep his post, to which he replied: "Yes, certainly".

The CEO's relationship with the powerful labour council has been strained over how radical an overhaul Europe's top carmaker needs to achieve electric vehicle dominance.

Diess is due to meet later with works council head Daniela Cavallo, who last week heavily criticised his leadership and implementation of the company's strategy.

He reiterated his confidence in Volkswagen's strategy and business plan, stating it was "equally competitive in the new world as in the old world".

Diess also dismissed a pledge by carmakers including Daimler and General Motors at COP26 to work towards phasing out internal combustion engine (ICE) cars by 2040.

"It could still make sense to use synthetic fuel cars in Latin America in 2035," he said.

Greenpeace Germany filed a lawsuit against Volkswagen on Monday for rejecting a proposal to end production of internal combustion cars by 2030 and cut emissions by 65% before then.

Diess told Handelsblatt that such a phase-out was "not doable", adding: "We need raw materials, new mines, a circular economy. Battery capacity and building renewable energy grids across Europe will be the bottleneck."

Volkswagen has so far committed to producing exclusively electric vehicles in Europe from 2035, and having a CO2-neutral fleet globally by 2050.

Porsche AG, part of the Volkswagen Group, profits from being part of Volkswagen, its CEO Oliver Blume said on Wednesday, after speculation that an ...
Motoring
6 months ago

Global automakers are planning to spend more than half a trillion dollars on electric vehicles and batteries through 2030, according to a Reuters ...
Motoring
6 months ago

Amazon-backed electric vehicle maker Rivian sold shares in its initial public offering at $78 per share, above its target range, to raise more than ...
Motoring
6 months ago