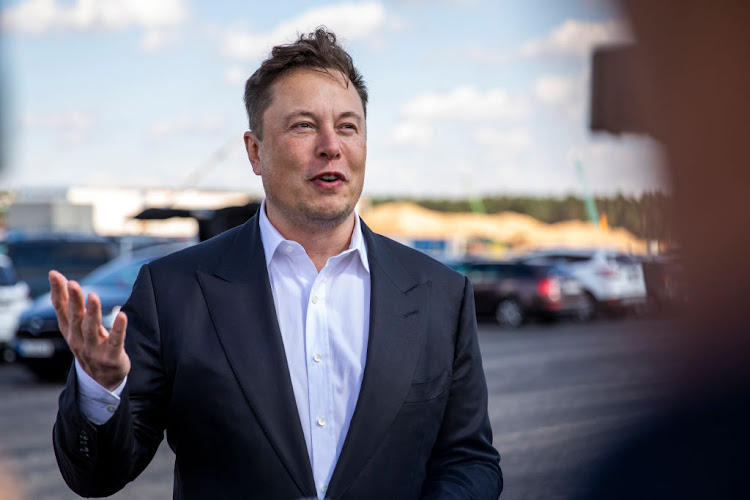 "There have been hundreds of automotive startups, both electric and combustion, but Tesla is [the] only American carmaker to reach high volume production & positive cash flow in past 100 years," Musk said in a tweet.

I hope they’re able to achieve high production & breakeven cash flow. That is the true test.

There have been hundreds of automotive startups, both electric & combustion, but Tesla is only American carmaker to reach high volume production & positive cash flow in past 100 years.

Rivian, which has just started selling its vehicles, was not immediately available for comment on Musk's tweet.

Musk was responding to one of his followers, pointing out that Tesla had been selling its Roadster model for over two years with plans to roll-out Model S when it went public over a decade ago.

Since the IPO, Tesla has ramped up production to deliver about 500,000 cars every year, with the company entering the trillion-dollar market value club last month.

Large parts of the world are not ready for zero-emission vehicles, which is why Toyota Motor Corp did not sign a pledge this week to phase out ...
Motoring
3 weeks ago

Tesla shares rose in US premarket trading on Thursday, even after overnight filings showed CEO Elon Musk had sold about $5bn (roughly R76.58bn) of ...
Motoring
3 weeks ago

Shares of Rivian Automotive Inc surged as much as 53% in its Nasdaq debut on Wednesday, giving the Amazon-backed electric vehicle maker a market ...
Motoring
3 weeks ago