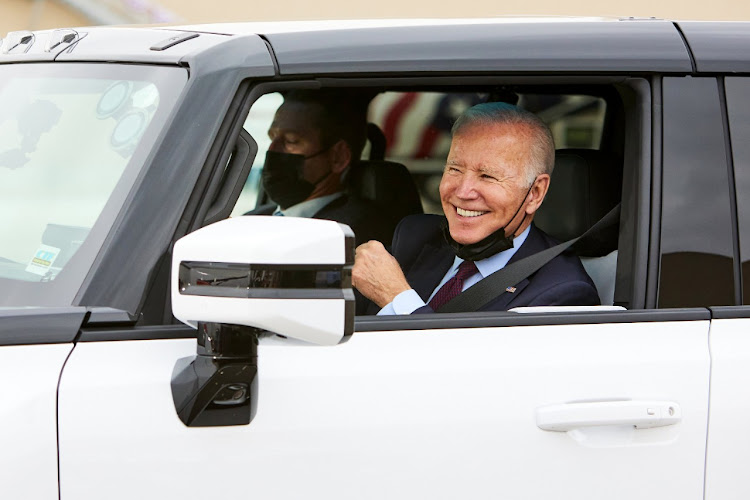 US President Joe Biden climbed behind the wheel of an electric Hummer vehicle on Wednesday and sped off with a screeching of tyres, in a test drive to tout billions in electric vehicle investment.

“Anyone want to jump in the back, or on the roof?” Biden asked reporters after taking a few laps at a General Motors plant. “These suckers are something else!”

Biden, a Democrat, signed a $1-trillion (roughly R15.5-trillion) infrastructure bill into law on Monday and, with his approval ratings sagging, is eager to promote it as the fulfilment of a promise he made as a presidential candidate in the 2020 race for the White House.

The law, which passed with support from Democrats and Republicans, provides $7.5bn (roughly R115.9bn) in funding to build out the nation's electric vehicle charging network, investments the industry says will inspire more Americans to buy electric vehicles, and manufacturers to produce them. 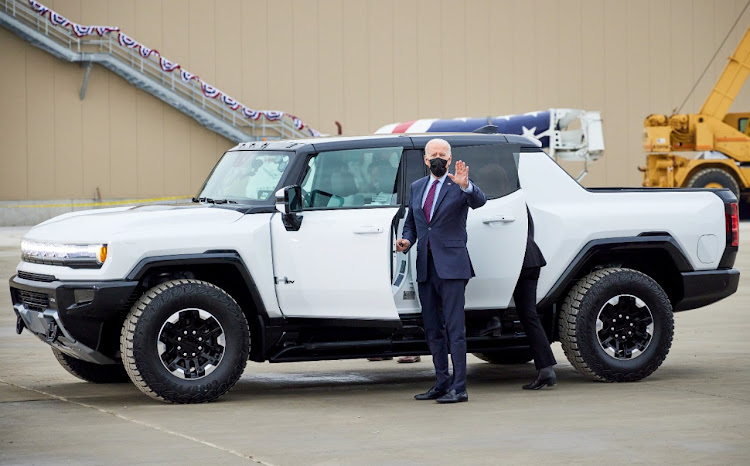 Biden has pledged to reduce US greenhouse gas emissions 50% from 2005 levels by 2030.
Image: Supplied

It provides money to build EV chargers along highway corridors and within communities to help facilitate long-distance and local travel.

Biden highlighted the investments during a visit to a General Motors Co electric vehicle assembly plant in Detroit, the largest city in Michigan, a key political battleground state in US elections.

A broad transition to electric cars and trucks will help the US meet Biden's pledge to reduce US greenhouse gas emissions 50% from 2005 levels by 2030.

Democrats are working on a separate social spending and climate bill that contains up to $12,500 (roughly R193,353) in tax credits for US-made EVs, including a $4,500 (roughly R69,607) credit for union-made vehicles. The bill is a key pillar of Biden's domestic agenda but has faced hurdles to passage from competing views between progressive and moderate lawmakers in his party.

Honda Motor Co said on Thursday its Japanese car factories will return to normal operations in December, after working at around 90% capacity this ...
Motoring
6 months ago

Volkswagen plans to double staff numbers at its charging and energy division, roll out new payment technology next year and strike more alliances to ...
Motoring
6 months ago

The Automobile Association says attempts to roll out the Aarto legislation must be halted and the act repealed.
Motoring
6 months ago