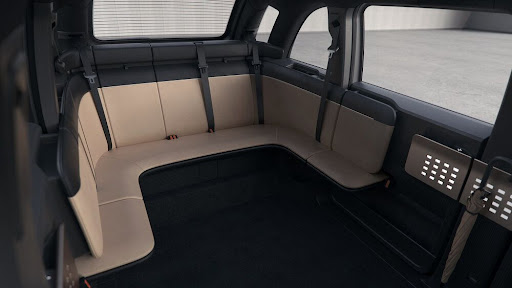 Apple Inc. is pushing to accelerate development of its electric car and is refocusing the project around full self-driving capabilities, aiming to solve a technical challenge that has bedeviled the auto industry.
Image: Bloomberg

Apple Inc is pushing to accelerate development of its electric car and is refocusing the project around full self-driving capabilities, according to people familiar with the matter, aiming to solve a technical challenge that has bedeviled the auto industry.

For the past several years, Apple’s car team had explored two simultaneous paths: creating a model with limited self-driving capabilities focused on steering and acceleration — similar to many current cars — or a version with full self-driving ability that doesn’t require human intervention.

Under the effort’s new leader, Apple Watch software executive Kevin Lynch, engineers are concentrating on the second option. Lynch is pushing for a car with a full self-driving system in the first version, said the sources who asked not to be identified because the deliberations are private.

It’s the latest shift for the car effort, known as the Special Projects Group or “Project Titan”, which has endured strategy changes and executive turnover since starting around 2014. In September, the former head of the team, Doug Field, left for a job at Ford Motor Co after three years in charge. In picking Lynch as his replacement, Apple went with an internal executive who isn’t a car veteran.

While trying to master self-driving cars, Apple is chasing a holy grail within the industry. Tech and auto giants have spent years on autonomous vehicles, but the capabilities have remained elusive.

Tesla Inc, the market leader in electric vehicles, is still probably years away from offering fully autonomous cars. Alphabet Inc’s Waymo has suffered a rash of departures in its efforts to develop the technology and Uber Technologies Inc agreed to sell off its autonomous-driving division last year.

Apple is internally targeting a launch of its self-driving car in four years, faster than the five- to seven-year timeline some engineers had been planning for earlier this year. But the timing is fluid, and hitting the 2025 target is dependent on the company’s ability to complete the self-driving system, which is an ambitious task on that schedule. If Apple is unable to reach its goal, it could either delay a release or initially sell a car with lesser technology.

A spokesperson for Cupertino, California-based Apple declined to comment.

Apple’s ideal car would have no steering wheel and pedals, and its interior would be designed around hands-off driving. One option discussed inside the company features an interior similar to the one in the Lifestyle Vehicle from Canoo Inc, an upstart in the EV industry. In that car, passengers sit along the sides of the vehicle and face each other like they would in a limousine.

Apple has also explored designs where the car’s infotainment system — likely a large iPad-like touch screen — would be in the middle of the vehicle, letting users interact with it throughout a ride. The car would also be heavily integrated with Apple’s existing services and devices. Though the company is pushing to not have a standard steering wheel, Apple has discussed equipping the car with an emergency takeover mode.

Recently the company reached a key milestone in developing the car’s underlying self-driving system, people familiar with the situation said. Apple believes it has completed much of the core work on the processor it intends to eventually ship in the first generation of the car.

The chip was designed by Apple’s silicon engineering group — which devised the processors for the iPhone, iPad and Mac — rather than within the car team itself. The work has included honing the underlying software that runs on the chip to power the self-driving capabilities.

The advancements could soon make their way into road tests. Apple plans to start using the new processor design and updated self-driving sensors in retrofitted cars that it has spent years testing in California. The company has a fleet of 69 Lexus SUVs experimenting with its technology, according to the state’s department of motor vehicles.

The Apple car chip is the most advanced component Apple has developed internally and is made up primarily of neural processors that can handle the artificial intelligence needed for autonomous driving. The chip’s capabilities mean it will run hot and likely require the development of a sophisticated cooling system.

The hope is to develop a vehicle that can spare customers from driving fatigue when they’re on long trips. But building an actual car, for an auto industry outsider like Apple, will require partnerships. The company has discussed deals with multiple manufacturers and has considered potentially building the vehicle in the US.

Even with recent progress, creating a fully self-driving car by 2025 is seen as very aggressive within Apple. Some people within Project Titan are sceptical about the timeline.

Safety is a major piece of the puzzle. Apple is looking to build stronger safeguards than what’s available from Tesla and Waymo, engineers involved with the effort said. That includes creating plenty of redundancy — the ability for layers of backup systems to kick in to avoid safety and driving system failures.

Apple is actively looking to hire engineers to test and develop safety functions.

“You will use your passion for figuring things out to help design safety systems and to lead the testing and countermeasure of those systems.”

In recent weeks, Apple has also tapped a climate system expert from Volvo Car AB, a manager from Daimler Trucks, battery systems engineers from Karma Automotive LLC and other carmakers, a sensor engineer from General Motors Co’s Cruise LLC, automotive safety engineers from companies like Joyson Safety Systems, and multiple other engineers from Tesla, according to information from LinkedIn and people with knowledge of the matter.

The company is also hiring software engineers to work on “experiences for human interaction with autonomous technology”, according to an Apple job listing, suggesting it is deep into development of the car’s user interface. The listing implies the software being developed will be based on similar technology to the iPhone operating system.

To power up the vehicle, Apple has discussed being compatible with the combined charging system, or CCS. That would let Apple tap into an expansive global network of chargers. But the approach would differ from the more proprietary charging systems it has developed for the iPhone and Apple Watch.

Apple has internally debated different business models for its car, including creating a self-driving fleet that would compete with the likes of Uber, Lyft Inc and Waymo. The company has discussed an external design similar to the Canoo if it were to take the fleet approach. A more likely scenario, however, is Apple offering the cars for individual ownership.

Getting to that point won’t be easy. Apple’s car project has suffered from development challenges, leadership struggles, layoffs and delays over its seven-year history. Field’s arrival from Tesla in 2018 brought excitement that ultimately fizzled. At least four top managers from the project departed in 2021, in addition to Field himself.

Some members of the group believe Field was irked about reporting to artificial intelligence chief John Giannandrea after the retirement of his previous boss, Bob Mansfield. Mansfield had reported directly to CEO Tim Cook in a part-time job overseeing the car work.

Lynch is the fifth executive to take charge of the project in roughly seven years. That rate of turnover is rare at Apple. For instance, its virtual and augmented reality team has had one leader since that project kicked off around the same time as the car.

Still, given Lynch’s ability to help turn the Apple Watch into a core product, some engineers on the car team see his appointment as a bullish sign. Lynch reports to Jeff Williams, Apple’s chief operating officer.

When Lynch was chosen to take over the car project, he remained in charge of the Apple Watch operating system and some health software teams. He has stayed involved in high-level decision making while focusing much of his time on the car project.

The question is whether an executive who oversaw one of Apple’s last big things – its smartwatch – can turn a car into its next one.