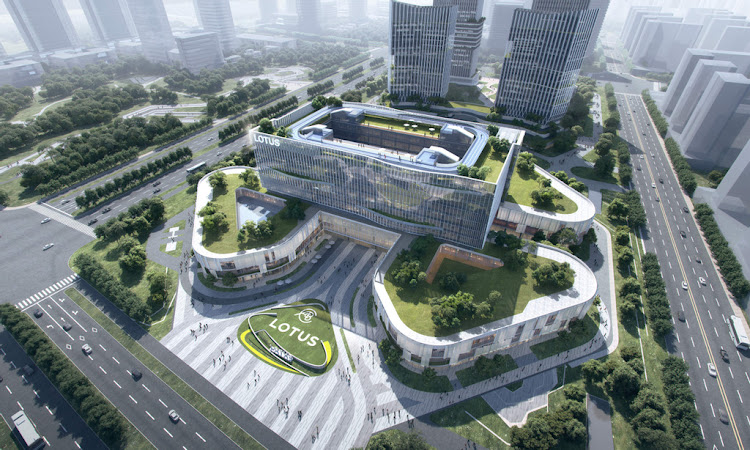 A digital rendering of the new Lotus Technology headquarters in Wuhan, China, that will be completed in 2024.
Image: Supplied

Lotus Technology, part of Group Lotus which is in turn owned jointly by the Chinese automaker and Malaysia's Etika Automotive, intends to kick off the funding round before Christmas, Alexious Lee said.

Lee said the firm will launch its first product, an electric sports utility vehicle, in the first quarter of next year and aims to have three models within the next five years.

"We have received a lot of traction, especially from international investors, because this is Lotus," said Lee, adding the company was looking to sell a 10% to 15% stake.

The company will spend more than half the new funds on research, and 30% to40% on marketing with the remainder going to working capital.

Lee said Lotus Technology remained on track for a potential initial public offering as soon as 2023, likely in New York or Hong Kong.

Lotus Cars, the maker of the Lotus Esprit, famously driven by James Bond in 1977's The Spy Who Loved Me, positions its vehicles in a segment similar to rival Porsche. It is set to open a new factory in Wuhan, China next year.

"We are an asset light business because we don't own our own manufacturing. It's owned by our parent," said Lee.

Tesla Inc plans to invest up to 1.2 billion yuan (roughly R3,040,163,945) to expand production capacity at its Shanghai factory that will allow it to ...
Motoring
1 week ago

To commemorate the 50th anniversary of BMW’s high-performance M division next year, customers will be able to order their BMW M or M Performance car ...
Motoring
1 week ago