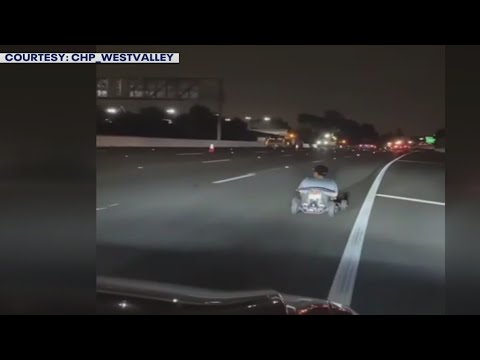 People will do anything to trend on social media these days.

This Los Angeles resident thought it would be a great idea to travel on the city’s 101 Freeway in a go-kart while his friends filmed him from behind inside another vehicle. When eventually stopped by a highway patrol officer, the driver of the go-kart and the rest of his reckless entourage admitted they were a group of dedicated YouTubers looking for fresh content.

According to the California Highway Patrol – West Valley Facebook page, one driver was cited for being a minor and driving outside of his licence provisions while the man piloting the go-kart was cited for unlawful operation/impeding traffic. No arrests were made.