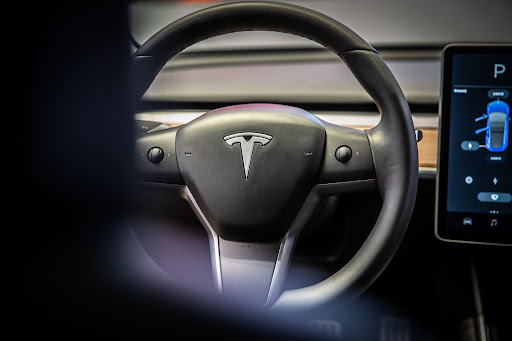 The US National Highway Traffic Safety Administration said Wednesday it is reviewing a recent software update by Tesla Inc. that allows drivers to play video games on a dashboard screen while the vehicle is moving.
Image: Bloomberg

The US National Highway Traffic Safety Administration said Wednesday it is reviewing a recent software update by Tesla Inc. that allows drivers to play video games on a dashboard screen while the vehicle is moving.

“We are aware of driver concerns and are discussing the feature with the manufacturer,” the agency said in a statement. “The Vehicle Safety Act prohibits manufacturers from selling vehicles with design defects posing unreasonable risks to safety.”

The New York Times reported earlier this week on concerns raised by safety advocates about three video games — including solitaire — that drivers or passengers could play on the in-dash touch screen.

The agency recommends that in-vehicle devices “be designed so that they cannot be used by the driver to perform inherently distracting secondary tasks while driving,” it said.

“For all other visual-manual secondary tasks, the NHTSA guidelines specify a test method to evaluate whether a task interferes with driver attention, rendering it unsuitable for a driver to perform while driving,” the agency said. “If a task does not meet the acceptance criteria, the NHTSA Guidelines recommend that the task be made inaccessible for performance by the driver while driving.”

Distracted driving claimed 3,142 lives in 2019, according to NHTSA.

Jason Levine, executive director of the Center for Auto Safety, which lobbies for more stringent auto safety rules, said “it should go without saying that enabling drivers to play or be distracted by video games while operating a multi-ton vehicle at highway speeds is exceedingly dangerous.”

“NHTSA should move quickly from suggesting guidelines to enforcing the law against unreasonable risks to safety and Tesla should stop playing with the lives of their owners and anyone else sharing the road with these vehicles,” he said.

To meet a rising demand for custom-painted Porsches, the German firm has expanded its colour palette into a veritable kaleidoscope of offerings, ...
Motoring
1 month ago

BMW signed an agreement with Munich-based microchip maker INOVA Semiconductors and US-based foundry GlobalFoundries to supply the carmaker with ...
Motoring
1 month ago