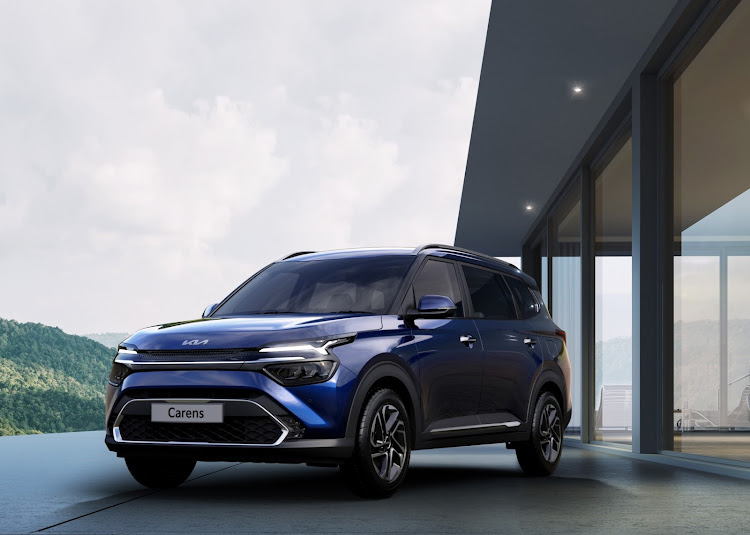 The futuristic face of the Kia Carens.
Image: Supplied

Kia has reinvented the Carens moniker. But if you were shuddering at a flashback of its first-generation predecessor, often seen in drab, two-tone shades, take heart: the new version is far more compelling in execution. Our market last saw the Carens in 2007, when the second generation was offered. Its successor was not brought here.

Like the original Carens, the new model is a seven-seater, multipurpose vehicle. It was revealed at a global launch event in India, where the model will be built for export to various international markets. Overseas, it has rivals such as the Hyundai Alcazar and Tata Safari, not sold here. In the SA context, the Carens would be more along the lines of the Renault Triber, Mitsubishi Xpander, Suzuki Ertiga, Toyota Rumion and Honda BR-V.

Stylistically, Kia said its intention from the start was to imbue its three-row vehicle with the stylistic elements of a sport-utility vehicle (SUV). And it is easy to agree that the company has succeeded. From its chunky frontal proportions to the fitment of tough-looking cladding, in addition to its upright stance, the Carens is not likely to go unnoticed.

Inside, the manufacturer claims it sought to evoke “happiness through a combination of a warm and relaxing aesthetic” and to this end occupants can expect to find soothing colours, storage spaces aplenty and seats inspired by those in an aircraft. Think retractable tables and space for smartphones. Third-row legroom is often a contentious point in the segment, but Kia says its vehicle offers best-in-class space. We will, of course, test that. 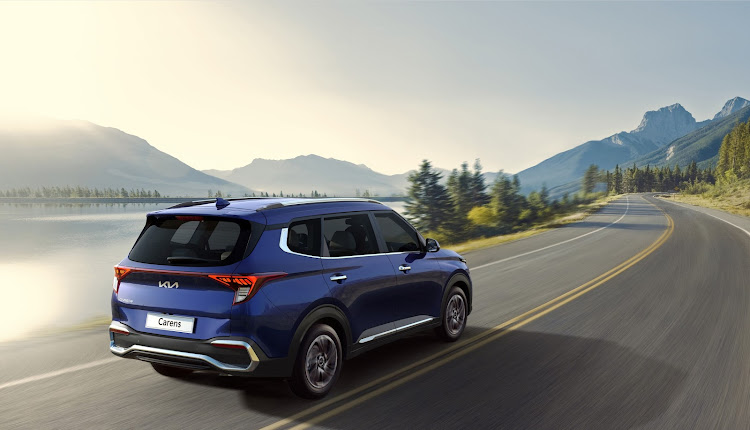 Rather impressive is the manufacturer's commitment to offering a high level of safety specification across all grades. Even the entry-level version will have six airbags, electronic stability control, hill-assist control and a tyre-pressure monitor.

Specification and range details for the SA market have yet to be finalised, but judging from what is promised by the Indian debut model, the Carens looks set to elevate the bar in its class.

It has a goodies list that seems more suited to a luxury car than a mainstream multipurpose vehicle: 10.25-inch touchscreen with navigation, Bose audio system with eight speakers, a 64-colour ambient lighting system, interior air purifier, ventilated seats and a panoramic roof. 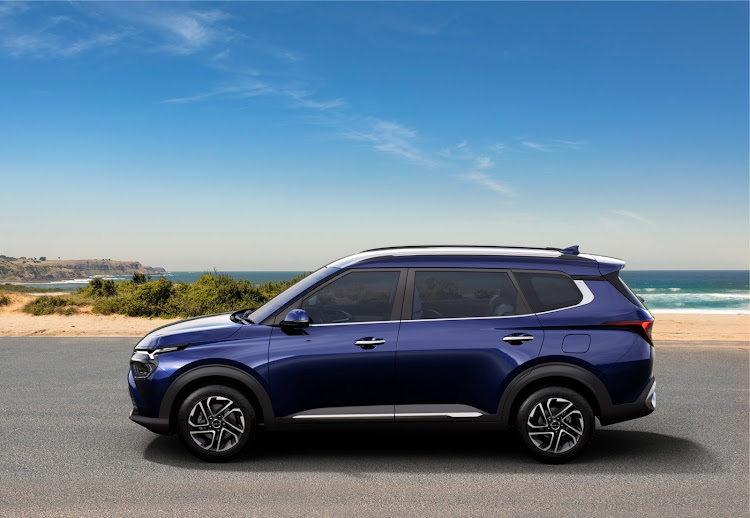 Kia says the wheelbase of the Carens is best-in-class.
Image: Supplied

The vehicle will also be capable of receiving over-the-air updates, aiming to save owners the hassle of visiting their dealer for software upgrades.

The Carens is launched with petrol and diesel powertrains, various transmission choices, including a seven-speed, dual-clutch gearbox and a six-speed, torque-converter automatic.

A company spokesperson said the model is under consideration for SA.

Kia is readying an all-new Sportage to take on the likes of the Toyota Rav4, Hyundai Tucson, Mazda 5 and a throng of other medium SUVs. The new ...
Motoring
3 months ago