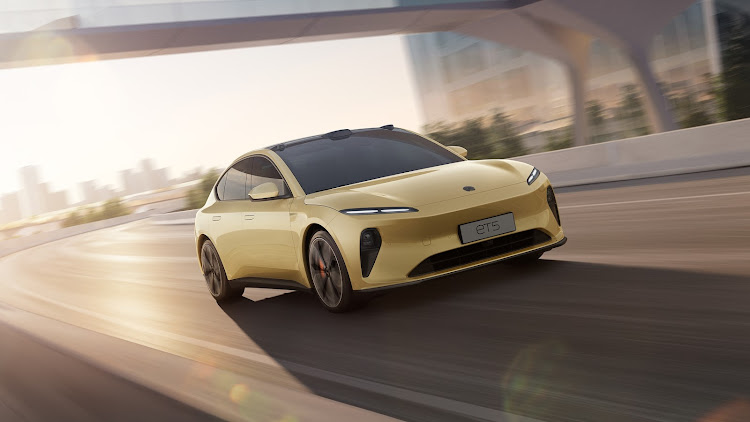 The sleek shape of the NIO ET5 is responsible for a low drag coefficient of 0.24. It is available in nine colours.
Image: Supplied

Underestimate the rise of the Chinese automobile industry at your own peril. Locally, manufacturers such as Haval have made great strides with products such as the Jolion and latest-generation H6, while countrymen Chery are positioned to strike with a product offensive that, on first impressions, appears rather competent.

Further abroad, there are start-up operations like NIO, which has established a formidable reputation in the electric vehicle space over a relatively short period. The brand, which opened its doors in 2014, recently unveiled its latest creation: a medium-sized sedan named ET5. It will rival the Tesla Model 3.

In its company profile, NIO describes itself as a pioneer of premium Chinese electric vehicles, pushing the agenda of connectivity, autonomous driving and artificial intelligence. In other words, all the factors needed to secure relevance given the current trajectory of the modern automobile. NIO also has a Formula E racing team.

The performance highlights of the ET5 are impressive: 360kW, 700Nm and a claimed 0-100km/h sprint time of 4.3 seconds. But more integral to its appeal is the quoted range. The manufacturer says it can go over 1,000km fully-charged, in ideal conditions, when equipped with the long-range battery. The standard battery yields a range of 550km. It is a four-wheel drive vehicle, with an electric motor at either axle.

Adding to the importance of the ET5, is its front-line position in the European expansion of NIO. According to a Reuters report earlier this year, Norway became the first country in the world where electric vehicle sales eclipsed those of petrol, diesel and hybrid models in 2021. Appropriately, this is where NIO will make its debut, before entering Germany, Netherlands, Sweden and Denmark. 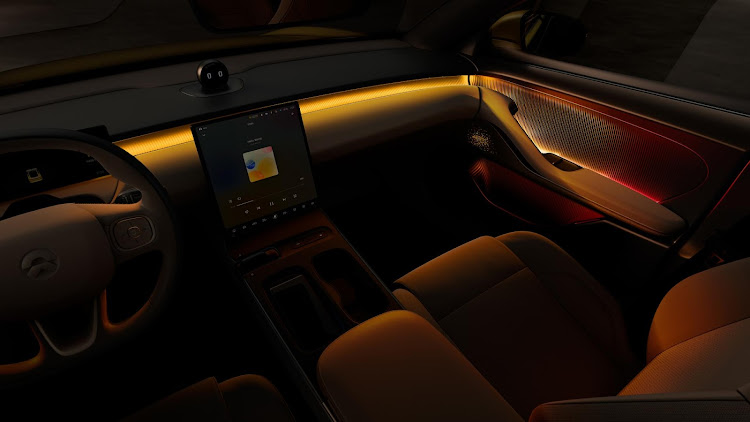 The company confirms that it has plans to set up operations in over 25 countries around the world. No mention was made of SA, but there is an identifiable link between the brand and our country. Does the name Tencent ring a bell?

It is the Chinese multinational company in which former Naspers CEO Koos Bekker led one of the most lucrative investments in history. Tencent owns as much as 15.1% of NIO. Additional investors include Singaporean holding company Temasek and Chinese-American technology company Lenovo, among others.

Shrewdly, NIO partnered up with industry players in the Chinese market to form a battery asset management company, which is purported to have a role in reducing the purchase price of its vehicles. In Chinese Yuan, the ET5 is listed at RMB 328,000 which works out to R814,446.74 at the current exchange rate.

Aesthetically, there is not much to dislike about the ET5. It takes on the proportions of a traditional sporting sedan, with a dollop of pizazz afforded by a sleek, fastback-type rear. Much of the overall appearance was inspired by their EP9, the supercar with which the NIO brand was first launched.

A single, shadowy teaser shot of the interior was offered, with NIO claiming that the model features sustainable, recyclable materials. The 256-colour ambient lighting system seems a tad excessive, though. 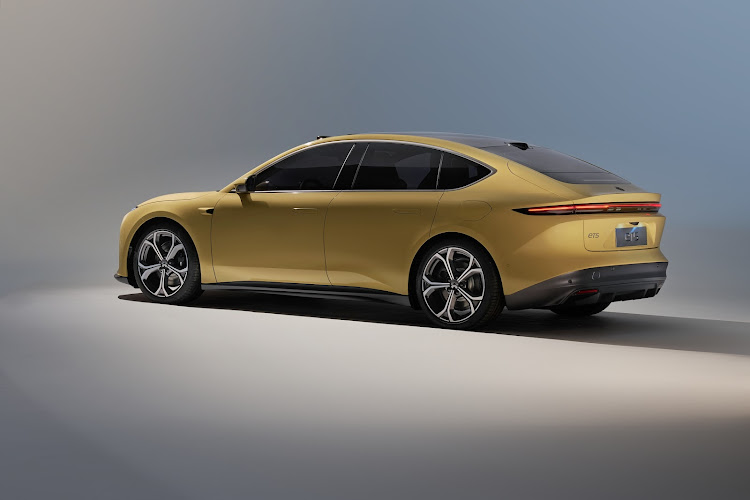 There is no denying that the ET5 is sporty from all angles.
Image: Supplied

The model promises to push the envelope in terms of display technology, with a digital cockpit incorporating virtual and augmented reality elements — which will include a pair of goggles that can project a screen size of 201 inches. If that sounds like a huge distraction, worry not: autonomous driving is a core part of the ET5 experience.

And if the unthinkable happens, occupants are likely to be well protected. Its makers say the ET5 was designed to achieve five-star ratings from C-NCAP and Euro NCAP, thanks to the extensive use of ultra-high-strength steel and aluminium. Next in the pipeline from NIO is the ET7 flagship sedan.

“The ET7 is set to redefine the standards of computing and sensors for autonomous driving for a production vehicle and comes standard with over 100 features for comfort, safety and smart technologies,” the company said. “Since it was first announced 20 new features have been added or enhanced, including the 0-100 km/h acceleration time cut to within 3.8 seconds.”

In price the newly launched and 4,338mm long Chery Tiggo4 Pro is a competitor against smaller compact crossovers such as the Toyota Urban Cruiser, ...
Motoring
1 month ago

Great Wall Motors and its Haval division reported 1,782 new vehicle sales in May.  That placed the Chinese automaker seventh overall, ahead of ...
Motoring
7 months ago