It's just an incredible feeling right now: Max Verstappen reflects on being an F1 champion 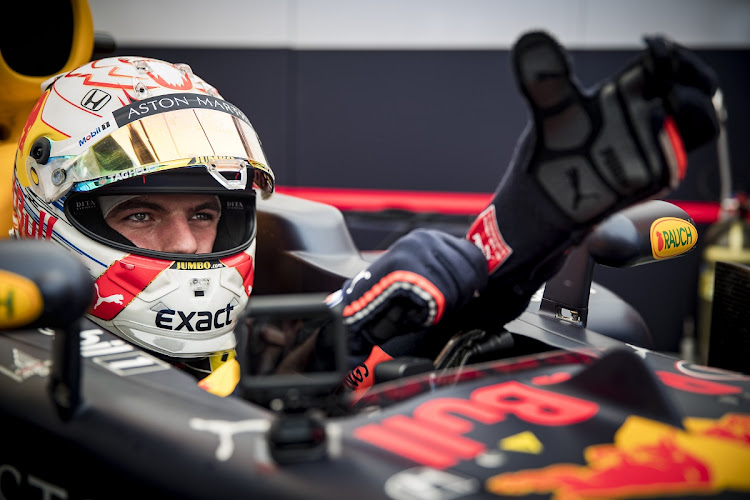 Back on track two days later, the 24-year-old Belgian-Dutch racing star wasted no time in beginning preparations for the 2022 season.

During a brief moment of rest, he shared thoughts on his latest victory and title as champion, merely six years after his debut at the pinnacle of motorsport, aged 17.

Q: How does it feel to be an F1 champion?
A: It's just an incredible feeling right now. I'm still a bit destroyed from last night; everything from the whole season is coming out. Insane, intense, crazy ... the season in general, but also yesterday. At the moment, I'm just incredibly happy. To become world champion was, of course, my final goal in F1. I'm very happy that it happened and, as I said yesterday, everything else that happens now is just a bonus.

Q: Tell us about that last lap in Abu Dhabi?
A: I had a cramp already starting the lap and that just lasted the whole [time]. Every time I was going full throttle it was terrible. So I was fighting him, then defending and I just felt my muscles coming together and it almost became like a tennis ball. It was terrible. It was like the worst experience you can have in terms of your calf muscle just dying on you.

Q: It was quite a dramatic finish, wasn’t it?
A: I was crying on the end lap, there's no hiding about it. It was just insane, the whole lap. I couldn't believe it. Just the stress of the whole season, the whole battle, and then it looked like it was not going your way. Suddenly it turns around in a crazy fashion and it does come your way; it couldn't have been more dramatic.

Q: What role did teammate Sergio-Pérez play this season?
A: Checo has done an amazing job for the team. He's really been a team player, but also just a great person, and it really showed in the final race. What he did for me to be back in that fight was just insane. I'm really thankful that we already had this year together. It's always very interesting how you're going to behave as teammates, but I'm very thankful that I get to spend at least two years with him as a teammate.

Q: What were your highlights of the season?
A: Winning Monaco was very special. The two Austria races ... that was really nice, to win there again at our home track. Winning in Zandvoort was very special for me, with all the Dutch fans there.

Red Bull's Max Verstappen collected his Formula One world champion's trophy at a gala awards ceremony on Thursday, and looked forward to fighting ...
Sport
1 month ago