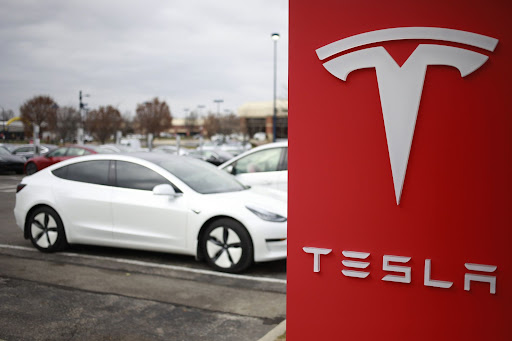 Politicians from at least four Indian states took to Twitter to invite Tesla Inc. to set up shop in their provinces, just days after billionaire founder Elon Musk said the US electric-vehicle pioneer was still facing a lot of challenges with the national government.
Image: Bloomberg

Politicians from at least four Indian states took to Twitter to invite Tesla Inc to set up shop in their provinces, just days after billionaire founder Elon Musk said the US electric-vehicle pioneer was still facing a lot of challenges with the national government.

The pitches, tweeted over the weekend, touted everything from infrastructure, sustainability and a streamlined approval process. They were made from different parts of India — Telangana in the south, Maharashtra in the west, Punjab in the north, and West Bengal in the east.

Musk and the Indian government have been in talks for years, but disagreements over a local factory and import duties have led to an impasse, meaning Tesla still doesn’t sell cars in India, three years after showing definite intent. While Prime Minister Narendra Modi’s administration wants Tesla to set up a factory to sell locally and export, Musk has insisted on slashing import duties of as much as 100% so that Tesla can first establish a market.

All the states that invited Tesla to start operations are ruled by parties opposed to Modi’s Bharatiya Janata Party, which runs the federal government.

Setting up car factories in India could be difficult even for local companies without any government support, as red tape, land acquisition and labour rights remain a constant challenge. In 2008, Tata Motors Ltd, run by India’s biggest conglomerate, was forced to abandon a near-complete facility in West Bengal after violent protests by farmers against land acquisition, thwarting its attempt to build the Nano, the world’s cheapest car, in the state.

“Drop here, we in West Bengal have best infra & our leader @MamataOfficial has got the vision. Bengal means Business,” Ghulam Rabbani, West Bengal’s minister for minority affairs and Madrassah education tweeted to Musk on Saturday. As an opposition leader, the state’s chief minister Mamata Banerjee had spearheaded a campaign demanding Tata Motors return the land acquired by the provincial government to farmers unwilling to give it up.

India, the world’s fourth-largest automobile market and home to more than 1.3-billion people, is an attractive proposition for EV makers, but its roads are still dominated by cheap petrol and diesel cars made by the local units of Suzuki Motor Corp. and Hyundai Motor Co. The country has vowed to turn net carbon zero by 2070, but electric vehicles still remain out of reach for most buyers in the nation, where people on average earn less than $2,000 (roughly R30,866) a year.

French carmaker Renault said its worldwide group sales had fallen for the third year in a row in 2021, due notably to problems over chips supplies
Motoring
4 months ago

Dogecoin, the cryptocurrency with a Shiba Inu meme founded in 2013, surged on Friday after Elon Musk said on Twitter that it could be used to buy ...
Motoring
4 months ago

An as-new example of Honda’s RC213V-S has just broken a new world record, becoming the most expensive Japanese motorcycle yet sold at auction
Motoring
4 months ago