Tesla beats on profit but no Cybertruck, new vehicles this year 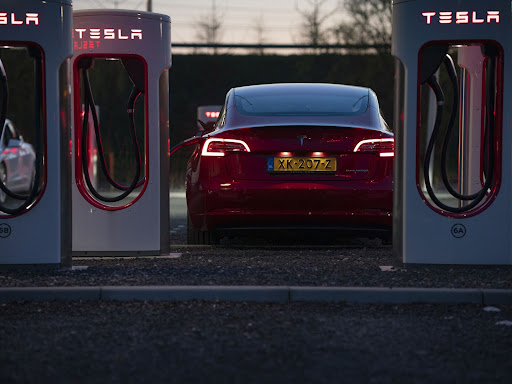 Tesla Inc. set a record for profit but warned supply chain woes will delay its Cybertruck and other new models even as the electric-vehicle pioneer presses ahead on new plants, full self-driving features and a humanoid robot.
Image: Bloomberg

Tesla Inc set a record for profit but warned supply chain woes will delay its Cybertruck and other new models even as the electric-vehicle pioneer presses ahead on new plants, full self-driving features and a humanoid robot.

The automaker, headquartered in Austin, Texas, reported fourth-quarter earnings of $2.88bn (roughly R44.4bn), or $2.54 a share, excluding some items, on strong sales of its mass-market models. That was above analysts’ estimates of $2.36 a share.

Tesla delivered more than 936,000 vehicles worldwide in 2021, up 87% from the year before and above the 50% average annual expansion projected over the course of several years. But it’s now cautioning the shortages that cut sales for most other major automakers will squeeze Tesla, too.

“Our own factories have been running below capacity for several quarters as supply chain became the main limiting factor, which is likely to continue through 2022,” Tesla said.

Shares of Tesla were little changed in extended trading after initially falling sharply. The stock advanced 2.1% to $937.41 at the close Wednesday in New York and is down 11% this year.

“The commentary on the risk factors is taking on a different weight in the current environment,” said Gene Munster of Loup Ventures. “Whenever there are unknowns about the future it can spook investors a little bit.”

After being absent from the earnings call last quarter, CEO Elon Musk rejoined Wednesday to update Tesla’s “product road map”. He confirmed that in 2022 the company won’t be introducing the Cybertruck, a prototype Musk recently said he is personally testing at Tesla’s new factory in Austin, or any other new models until 2023. He was also asked about the prospect for a $25,000 vehicle (roughly R385,472), which would make his cars affordable for many more buyers.

“We will not be introducing new vehicle models this year, it would not make any sense, because we’ll still be parts constrained,” he said.

The company’s key goals this year will be scaling up output at existing factories, while scouting for new locations and achieving full-self-driving for its vehicles.

In Texas, the company has begun producing the Model Y with 4680 battery cells, he said. Deliveries will start after final certification, which he said should be “fairly soon”.

Musk also called out work on the Optimus Human Robot, which he said has “the potential to be more significant than the vehicle business over time.” He said humanoid robots could help address labour shortages in the future.

Their first use will be in Tesla’s own factories, he said.

The company’s fourth-quarter automotive gross margin, a key measure of profitability, grew to 30.6%, or 29.2% without regulatory credits, a slight improvement from last quarter.

The quarterly results allowed Tesla to turn a profit in consecutive years for the first time since its founding in 2003.

Tesla has generated billions in revenue by helping other automakers comply with stricter emissions regulations, though it doesn’t specify how much is coming from particular manufacturers or give regional breakdowns. Revenue from those credits came to $314m (roughly R4.8bn), up from $279m (roughly R4.3bn) in the prior quarter.

Bentley to pump £2.5bn into UK operations in EV shift

Volkswagen SA celebrated a production milestone this week with the 100,000th unit of the current Polo Vivo rolling off the production line at the ...
Motoring
5 months ago

A Slovak-built flying car has received a certificate of airworthiness by that country’s Transport Authority, opening the door for its mass production
Motoring
5 months ago