Cyberattack hits Toyota supplier Denso but no impact to operations 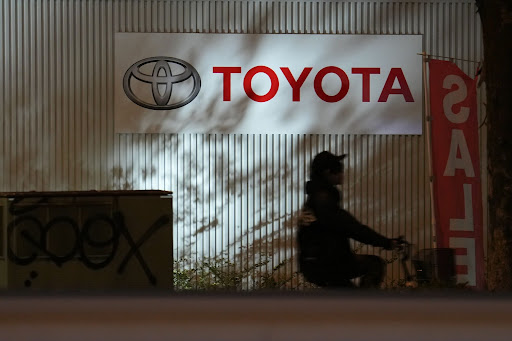 Denso Corp, a top Toyota Motor Corp supplier, was targeted by a ransomware attack last week, the auto parts maker said, the latest in a series of potential disruptions for the world’s biggest carmaker.

Denso “promptly responded” to unauthorised access to its networks in Germany on Thursday, spokesperson Izumi Saito said on Sunday. At the moment Denso’s operations are not being impacted by the attack, she said.

The incident marks the second recent cyberattack against a Toyota supplier. The carmaker idled all its factories in Japan two weeks ago after Kojima Press Industry Co  was hit by an attack to its systems. Although production resumed after a day, the incident was yet another blow to Toyota as it was seeking to recover production lost in recent months to chip shortages and Covid-related disruptions.

Toyota, which had been relatively resilient to supply chain snags through most of the pandemic, has been trying to ramp up production to make up for lost output and meet soaring global demand for new vehicles.

Akio Toyoda, the carmaker’s CEO, said last week  the company would have to review its production plans due to mounting global disruptions. The automaker announced last Friday it is cutting its Japan output by 20% in April, 10% in May and 5% in June.

Cyberattacks have risen in Japan in recent years. Authorities identified 12,275 cyber-crime cases in the country last year, a record high, according to Japan’s National Police Agency. Japan’s manufacturing industry is the largest target for crimes such as ransomware attacks.

Stellantis confident it can catch up with Tesla, says CEO Tavares

Stellantis believes it can make up ground on electric vehicle pioneer Tesla in the coming years, its CEO Carlos Tavares said on Friday, adding that ...
Motoring
5 months ago

Rivian Automotive Inc warned on Thursday that supply chain issues would limit its production in 2022 and said it expects to produce 25,000 passenger ...
Motoring
5 months ago

Fiat Panda to stay in production in Italy until 2026

Stellantis will produce its best-selling Fiat Panda small car at its Pomigliano plant in southern Italy until 2026, metal workers union said on ...
Motoring
5 months ago