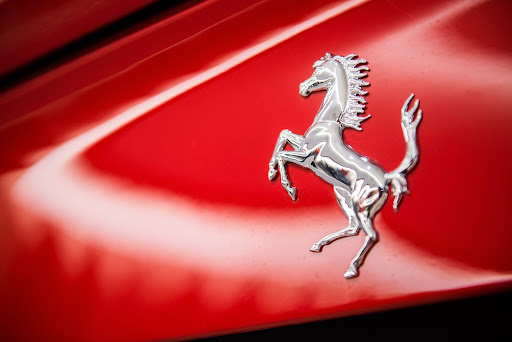 Ferrari NV is interested in expanding its partnerships network, but a combination with another group in not on the cards.
Image: Bloomberg

Ferrari NV is interested in expanding its partnerships network, but a combination with another group in not on the cards, the Italian luxury-car maker’s new CEO Benedetto Vigna said in an interview with Sole24Ore daily on Sunday.

“Ferrari is not only a car brand, it’s essentially a luxury brand,” Vigna said.

“Having so many passionate people working in the same place it is an incredible asset that could lead us everywhere”, he said when asked if Ferrari was in a position to go it alone.

Questioned directly about earlier reports of a possible integration with Milan’s Armani Group, Vigna said: “I prefer not to comment.”

Last February Ferrari announced it would partner with Qualcomm Inc to overhaul its car dashboards and explore opportunities to help with the automaker’s tech shift, as the new chief tried to pick up the pace of a transition toward batteries and digital technologies.

Vigna joined Ferrari in September from chipmaker STMicroelectronics NV, tasked with shaping the carmaker’s future in a transforming industry with a taste for higher-tech gadgets. Vigna’s hiring was a rare moment for the industry, which seldom looks outside the sector for top jobs.

As well as pursuing a technological transition, Vigna sees room for the luxury automaker to grow in continental China, Hong Kong and Taiwan, where the company saw deliveries grow 5% to 8% last year.

Ferrari saw its shares drop last week after it confirmed it would recall thousands of supercars due to problems with their braking system. While the company didn’t provide details on the total number of cars involved globally, it said it would recall 2,222 vehicles in China alone.

Renault is considering selling part of its Nissan Motor stake, a move that could raise billions of euros for its shift to electric vehicles and ease ...
Motoring
3 weeks ago

GM and Honda in talks to develop solid-state EV batteries

General Motors and Honda are in talks about expanding their electric vehicle partnership to include developing solid-state batteries, which ...
Motoring
3 weeks ago