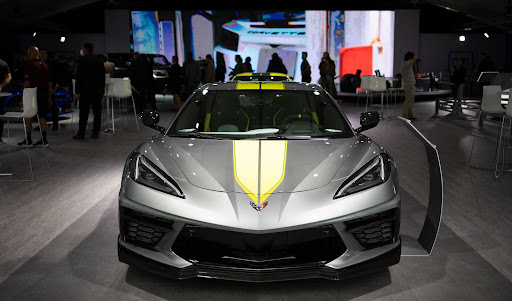 Here’s a clear sign that internal combustion engines are on the long road to oblivion: the Corvette is going electric.

General Motors president Mark Reuss said Monday in a LinkedIn post that the car maker’s nearly 70-year-old sports car will offer a hybrid model as soon as next year with an electric motor and petrol engine. An all-electric version using GM’s Ultium battery will follow, though he didn’t specify a time.

GM showed a video of the electrified version of the car driving in snow.

The Detroit company has been working on expanding the Corvette line, including a crossover SUV, according to people familiar with the matter, as it transitions to an all-electric future. But Reuss’s post was the first time GM has officially confirmed plans for an electrified Corvette.

Ferrari NV is interested in expanding its partnerships network, but a combination with another group in not on the cards, the Italian luxury-car ...
Motoring
4 weeks ago

Europe's carmakers should wean themselves off fossil fuels from 2040, CEO of Volkswagen's Audi said on Friday, calling for quicker expansion of ...
Motoring
1 month ago