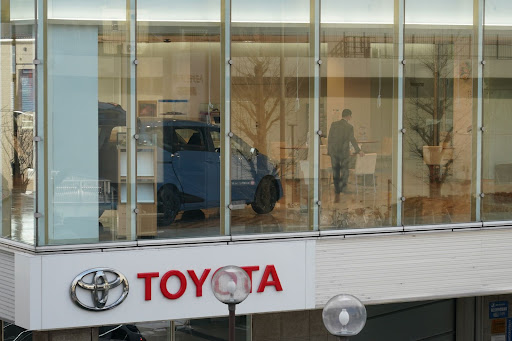 Toyota Motor Corp. topped its sales target for the recently ended fiscal year, a positive sign ahead of the carmaker’s earnings announcement next month, although analysts warn of a potentially challenging year ahead.
Image: Bloomberg

Toyota Motor Corp topped its sales target for the recently ended fiscal year, a positive sign ahead of the carmaker’s earnings announcement next month, although analysts warn of a potentially challenging year ahead.

Toyota sold 903,031 vehicles in March, the automaker said on Wednesday, bringing the total to 9.51-million units for the business year through March, its second-highest annual figure ever. That’s above the company’s most recent goal to sell 9.4-million vehicles. Toyota produced 8.57-million vehicles in the period, broadly in line with its 8.5-million unit forecast.

Over the past year, the world’s biggest automaker has faced soaring demand for cars. Strong sales in Asia and North America of models such as the Rav4 SUV led Toyota to finish the 2021 calendar year as the world’s top-selling automaker.

The tougher challenge for Toyota has been keeping production steady through a myriad of supply obstacles that have beleaguered global automakers over the past year. In addition to the perennial shortage of automotive semiconductors, Toyota has in recent months also dealt with fallout from factory stoppages in China and supply disruptions caused by an earthquake and cyberattack in Japan.

Ahead of Toyota’s fiscal year earnings, which are scheduled for release on May 11, demand has remained robust, with record prices and profit in March constrained only by lack of inventory, according to research firm J.D. Power. Analysts are also predicting a weakened yen will help boost Toyota and other Japanese automakers’ profits in the near term.

However, further difficulties are probably in store further down the line.

Jefferies Financial Group Inc downgraded Toyota’s rating to hold earlier this month, citing “too bullish” expectations with regard to auto industry earnings for the fiscal year through March 2023. While Toyota broadly “retains its core strength and appeal”, the aggravation of cost inflation due to the Ukraine crisis and a potential slowdown in global economic growth are likely to cause “considerable damage” to the auto sector overall, Jefferies analyst Takaki Nakanishi wrote in a note earlier this month.

Toyota shares are up about 3% this year and were little changed on Wednesday ahead of Toyota’s production and sales announcement.