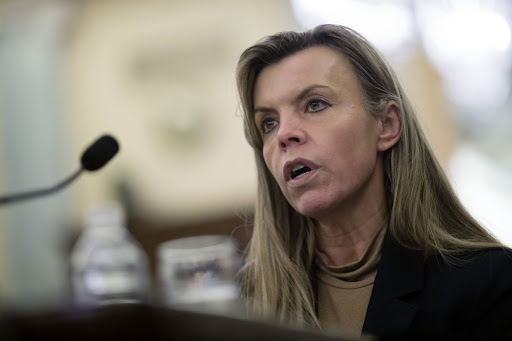 Apple has hired Desi Ujkashevic for its electric car project. Ujkashevic had worked at Ford since 1991, most recently serving as its global director of automotive safety engineering.
Image: Bloomberg

Apple Inc  as recruited a longtime Ford Motor Co executive who helped lead safety efforts and vehicle engineering, a sign the iPhone maker is again ramping up development of an electric car.

The tech giant hired Desi Ujkashevic for the car project, according to people with knowledge of the matter. Ujkashevic had worked at Ford since 1991, most recently serving as its global director of automotive safety engineering. Before that, she helped oversee engineering of interiors, exteriors, chassis and electrical components for many Ford models.

The executive worked on Ford’s Escape, Explorer, Fiesta and Focus models, as well as the Lincoln MKC and Aviator, according to her LinkedIn profile. She also helped develop new electric vehicles for the Dearborn, Michigan-based automaker. Ujkashevic has experience dealing with regulatory issues, something that will be key to Apple getting a car on the road.

The Cupertino, California-based company declined to comment on the hire. Ford said Ujkashevic has retired from the automaker.

Enlisting Ujkashevic suggests Apple is continuing to push toward a self-driving car despite several high-profile departures over the past year. The project’s management team has been almost entirely replaced since it was run by Doug Field, an executive who left for Ford last year.

Building an electric, self-driving car is seen as a “next big thing” for Apple – a new product category that can keep its sales growth from stalling. But the project has suffered strategy shifts and personnel changes since it kicked off around seven years ago.

Turnover has been especially heavy over the past year. Besides the departure of Field, Apple lost key managers in charge of hardware engineering, robotics and sensors. In some cases, high-ranking engineers left to join flying taxi startups.

After Field quit, the company appointed Apple Watch and health software head Kevin Lynch to oversee the project. Lynch is a well-regarded software engineering manager but hasn’t previously led the development of a vehicle. Still, the company has sought to accelerate the project under Lynch, with the goal of announcing a product by 2025.

An Apple car would put the company in competition with Tesla Inc and Lucid Group Inc, as well as traditional automakers racing to introduce electric vehicles. Ford has been particularly aggressive in EVs lately with a push to electrify the best-selling vehicle in America: the F-150 pickup.

Apple also is trying to master autonomous driving as part of the project – an auto-industry holy grail that tech companies such as Alphabet Inc’s Waymo have also been grappling with.

Over the years, Apple has struggled to settle on a vision for its car, which has been in development since around 2015. The current hope is to make something fully autonomous and remove both the traditional steering wheel and pedals. The company also has sought to emphasise safety with its vehicle.

To that end, the company is looking to develop stronger safeguards than what’s available from Tesla and Waymo. That includes building in plenty of redundancy – layers of backup systems that kick in to avoid safety and driving-system failures – Bloomberg reported last year. Ujkashevic could be involved with that component. Apple had hired Jaime Waydo to serve as car safety leader in 2018, but the Waymo veteran departed last year.

Ujkashevic is one of the few senior managers on Apple’s car team to come from the auto industr. Last year, Apple hired Ulrich Kranz, a former BMW executive and onetime head of self-driving startup Canoo. Stuart Bowers, a former Tesla executive who worked on self-driving software, and Jonathan Sive, an ex-manager at Tesla, Waymo and BMW, also are involved.

At Ford, Ujkashevic was one of the company’s highest-profile managers, serving as a named executive on its website.

“Desi has a wealth of global automotive industry leadership experience,” her biography reads on the Ford website.

The company credited her with improving products, quality and the customer experience at the 118-year-old company.

Volkswagen SA confirmed on Tuesday its one-millionth export Polo has rolled off the assembly line at its Kariega plant in the Eastern Cape.
Motoring
2 weeks ago

Stellantis has agreed to buy the Share Now car sharing business from BMW and Mercedes-Benz as the two German groups focus on the software part of ...
Motoring
2 weeks ago