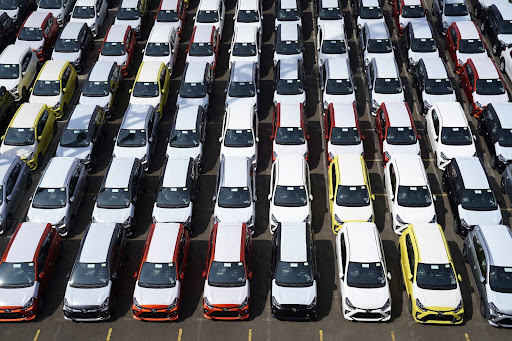 Allianz SE says car-shipping incidents are now a major cause of loss for the insurance industry after a cargo ship with about 4,000 Volkswagen AG vehicles caught fire and sank in the Atlantic two months ago.
Image: Bloomberg

Allianz SE says car-shipping incidents are now a major cause of loss for the insurance industry after a cargo ship with about 4,000 Volkswagen AG vehicles caught fire and sank in the Atlantic two months ago.

Fires on board car carriers have become a loss driver over the past decade, according to a report published on Tuesday by Allianz Global Corporate & Specialty, the German company’s industrial insurance arm. In many cases, fires resulted in the total loss of cargo and vessel, it added.

Car carriers, the largest of which can hold as many as 8,000 vehicles, are susceptible to stability issues and fires, said Justus Heinrich, head of marine in Central & Eastern Europe at AGCS. The vessels were already under scrutiny following a string of incidents, he said. “And now we have the Felicity Ace. These casualties are very complex and expensive to resolve,” he said.

The Felicity Ace, transporting Porsche, Audi, Lamborghini and other VW Group cars, sank off the coast of Portugal’s Azores after being battered by waves and leaning 45 degrees to its starboard side, the ship’s operator said at the time.

Allianz said open decks allow fires to spread quickly, while any water ingress will affect the stability of the so-called roll-on roll-off vessels. They are under commercial pressure with short turnaround times at port, which can result in ships sailing before the crew has verified ballast calculations or completed lashing and securing watertight doors, it added.

Research points to additional fire risks from electric vehicles, Allianz said, as tests have shown that ship water sprinkler systems alone are not effective at extinguishing an EV fire.

The vessel sailing from Germany to Rhode Island caught fire near the Azores and about 4,000 cars went down with it.
Motoring
1 month ago

Ship happens: you lost your Lambo on a burning boat — now what?

What owners of the more than $400m worth of Bentleys, Porsches, Lamborghinis and other Volkswagen autos aboard the Felicity Ace can expect.
Motoring
2 months ago

The Felicity Ace, a Panama-flagged cargo ship carrying thousands of Volkswagen vehicles, caught fire near the Azores islands in the Atlantic Ocean ...
Motoring
3 months ago