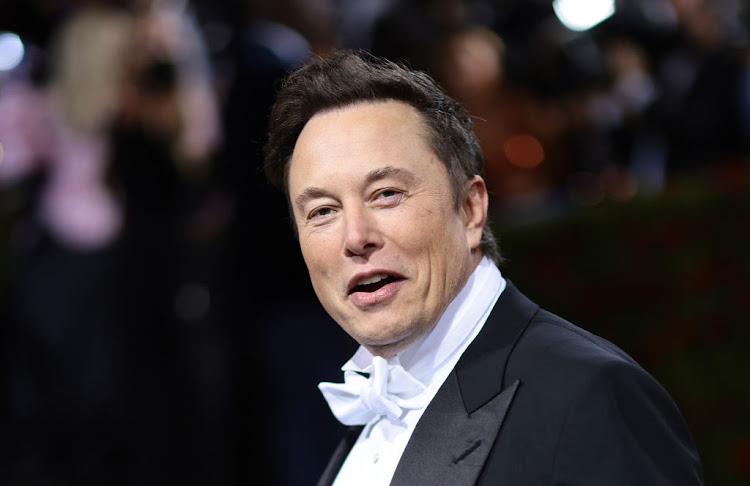 Elon Musk says he will stay at Tesla as long as he is useful. File photo.
Image: Dimitrios Kambouris/Getty Images for The Met Museum/Vogue

Tesla Inc CEO Elon Musk said on Tuesday he will stay at the electric car company as long as he is useful amid investor concerns that buying Twitter would distract him from his job at Tesla.

He also said China's Covid-19 lockdown measures would not be "a significant issue in the coming weeks" at a time when its Shanghai factory is struggling to ramp up production following a suspension last month.

When asked about how long he expects to stay at Tesla, he said: "As long as I can be useful."

He was speaking at the FT Future of the Car 2022 conference.

In late April, Musk clinched a deal to buy Twitter for $44bn (roughly R707,741,320,000) cash in a transaction that sparked concerns that the social media platform would divert Musk's attention from Tesla, SpaceX and other companies.

He recently sold $8.5bn (roughly R136,626,875,000) worth of his Tesla shares and plans to borrow against Tesla stock to help finance the Twitter deal.

Musk is expected to become Twitter's temporary CEO after closing the deal, according to a source familiar with the matter.

Musk tweeted in December that he was "thinking of" leaving his jobs and becoming an influencer full-time, although it was not clear whether he was being serious about quitting his roles.

He also said last July he has tried "very hard not to be the CEO of Tesla, but I have to or Tesla is going to die."

Musk said he does not see "a ton of merit in combining" Tesla, SpaceX and other affiliates under one umbrella, saying they have different objectives and shareholder bases.

Reuters reported Tesla operated its Shanghai plant well below capacity early this week, after reopening it in late April after a 22-day closure.

"I had conversations with the Chinese government in recent days and it's clear the lockdowns are being lifted rapidly," Musk said.

The automaker's sales in China had already slumped by 98% in April from a month earlier, data released by the China Passenger Car Association showed, underscoring the hit from China's hard Covid-19 lockdowns.

He said Tesla does not expect to open additional factories in China in the near future, adding it will expand its Shanghai factory.

Musk said China is a significant market, but he expected China to account for about 30% of Tesla's total market in the long term.

Asked if China would interfere and block Tesla's operations in the country due to Musk owning Twitter, the billionaire said: "I've seen no indication of that effect."

He said Tesla is open to buying a mining company if necessary.

Musk expected constraints in lithium production in about three years, adding that raw materials are one of the problems to reach its goal of selling 20-million vehicles by 2030, from fewer than 1-million last year.

He said that target is "an aspiration" not a "promise."

Musk believes the biggest constraints to raw materials is equipment necessary to convert raw materials like lithium, nickel and iron into battery-grade materials, adding Tesla is working with suppliers to address the issue.

China's Geely Automobile will buy just over a third of Renault's Korea unit for roughly $200m, potentially helping it boost US exports and freeing up ...
Motoring
1 week ago

Investors are shocked that the world’s biggest electric vehicle battery maker’s earnings tanked last quarter. They wouldn’t have been if they had ...
Motoring
1 week ago