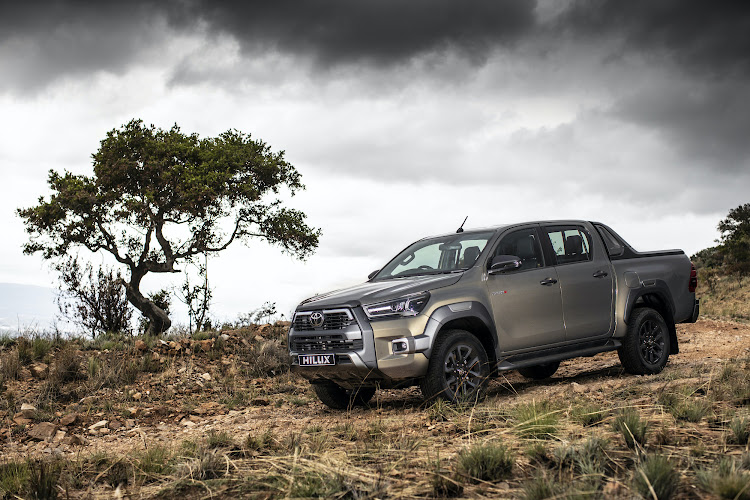 Some car dealers are taking advantage of the supply shortages by hiking prices of used Hiluxes to nearly R1m.
Image: Supplied

Brand-new examples of SA’s most popular vehicle, the Hilux, are in extremely short supply due to the recent closure of Toyota’s flood-damaged Prospecton factory near Durban where the one-tonne bakkie is built.

Some car dealers are taking advantage by hiking prices of used Hiluxes to nearly R1m, with other locally built Toyotas like the Corolla Cross, Fortuner and Corolla Quest also hit by big increases. 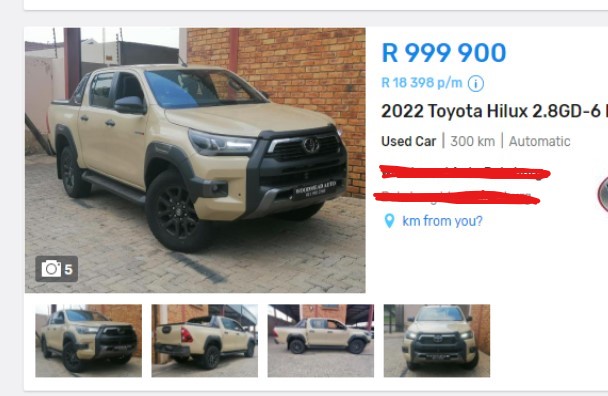 Supply and demand: used Hiluxes are being advertised for well over the recommended retail prices of new ones. Picture: SUPPLIED

There are still dealers selling low-mileage or demo Hiluxes for close to their recommended retail prices, but these deals may not last as the stock shortage continues. With the flood-damaged factory to stay closed for weeks if not months while repairs are effected, supplies of the Hilux and other locally built Toyotas are set to worsen.

There are still some new Hiluxes available, but customers won’t necessarily get the specification they’re looking for. An Edenvale dealer contacted by Motor News had only three new Hiluxes left, all of them 4x2 manuals, though they were being sold for the recommended retail price of R730,000.

The popular Corolla Cross, Corolla Quest and Fortuner — all built at Prospecton — are also in short supply and seeing large markups on secondhand models. An example is the Corolla Cross 1.8 XR which sells for R438,200 new, with some dealers — both independent outlets and official Toyota retailers — advertising low-mileage used examples for up to R560,000. We enquired about the used R560,000 Corolla Cross and the dealer said it was sold, revealing that some buyers are willing to pay high premiums rather than wait months for their new Toyota to arrive, or switch to another brand.

The Corolla Quest, popular with ride-hailing services, is selling secondhand for up to R420,000 for a 1.8 Prestige automatic model — the official retail price is R350,100.

Toyota SA hasn’t announced when its factory will reopen but it’s unlikely to be within the next few weeks due to the severity of the damage caused by the devastating floods that hit KwaZulu-Natal in April. 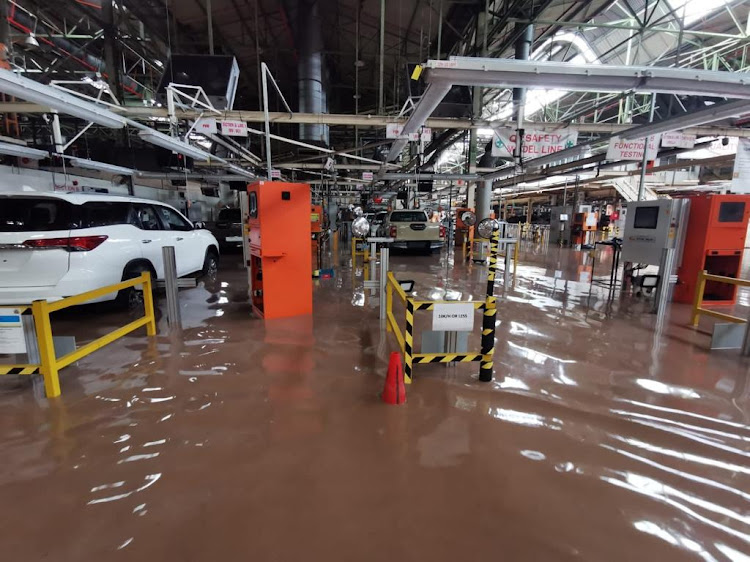 Toyota has had to scrap around 4,000 water-damaged vehicles. Picture: SUPPLIED

Toyota has had to scrap around 4,000 water-damaged vehicles, while about 500 units had passed inspection and would be retailed. Toyota assembles the Corolla Cross, Quest, Hilux, Fortuner and Sesfikile taxi at Prospecton, along with the Hino truck.

The company says it expects to lose about 45,000 units in production, “but has been encouraged by a series of small gains in its recovery process”. Sixty specialists and engineers have been sent from Japan to support the recovery of the plant.

“We’ve been through the process of cleaning, drying and flushing. And now we are checking our equipment — repairing, powering up the control panels and ordering replacement parts where necessary. It’s not easy to predict when we will be able to restart,” said Toyota SA CEO and president Andrew Kirby.

The new-generation Ford Ranger bakkie and its SUV counterpart, the Everest, made their first public appearance in SA this week.
Motoring
1 month ago