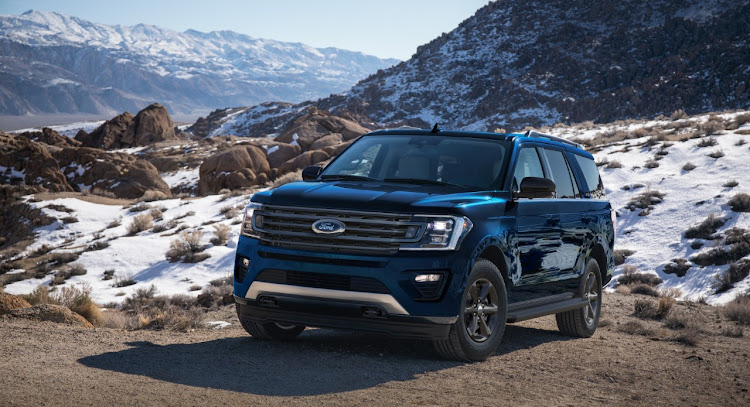 The recall, which covers some 2021 model year Ford Expedition (pictured) and Lincoln Navigator vehicles, was prompted as an engine compartment fire could occur while the car is parked or being driven – even with the ignition off.
Image: Supplied

Ford Motor Company said on Thursday it was recalling 39,000 SUVs after reports of 16 fires, and has advised owners to park their vehicles outdoors and away from structures until a fix is completed.

The recall, which covers some 2021 model year Ford Expedition and Lincoln Navigator vehicles, was prompted as an engine compartment fire could occur while the car is parked or being driven, even with the ignition off, the No. 2 US automaker said.

There was one injury but no accidents related to the fires, it said, and 14 of the 16 affected vehicles were owned by rental car companies.

A remedy was still under development and Ford was working to establish the cause.

This year, Ford has issued 30 recalls in the US covering 3.5 million vehicles, the most of any automaker.

Ford this week issued two other recalls, including 310,000 2016 Super Duty F-250, F-350, F-450, and F-550 trucks because dust may accumulate in the steering wheel clock spring, causing an electrical disconnection, resulting in driver air bags not deploying as intended. Owners will have their vehicles' steering wheel clock springs replaced. Ford has no reports of injuries.

Ford is also updating the software in 464 2021 Mustang Mach-E vehicles with all-wheel drive because a powertrain control module may fail to detect a software error, resulting in unintended acceleration.

Renault on Thursday unveiled a prototype hydrogen fuel cell-powered sports utility vehicle (SUV), as the French carmaker scrambles to catch up with ...
Motoring
2 months ago

Germany's Volkswagen is exploring a partnership to supply electric components to Indian carmaker Mahindra, the companies said on Thursday.
Motoring
2 months ago