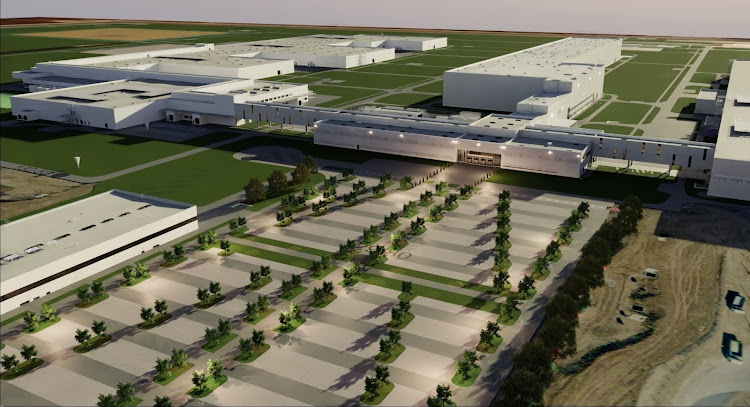 The BMW Group has laid the foundation stone for its new plant in Debrecen, Hungary. The company is investing about one billion euros in the site, where series production for a new class all-electric vehicle will start in 2025.
Image: Supplied

BMW is still hammering out how to make good on a promise to build the world’s first fossil-free plant in Hungary, from how much energy can be generated on-site to how much storage will be needed, its production chief said.

The plant under construction, which BMW has said will open in 2025 and source all its electricity from renewables, will still be connected to Hungary’s grid, Milan Nedeljkovic said at a media round-table on Wednesday.

About half of Hungary’s electricity generation comes from nuclear energy, according to data from the International Energy Agency, with about a quarter from natural gas.

BMW will attempt to source a “significant” proportion of the energy required for the Hungary plant on-site, such as through solar panels, Nedeljkovic said, declining to comment on whether he expected the exact figure to be over 50%.

Like other car makers, BMW has committed to purchasing 100% green energy, but much of this is bought in the form of so-called energy certificates, which signal demand for renewables on the open market but do not mean renewable energy is flowing into its plants.

Russia’s invasion of Ukraine and spiking gas prices have pushed car makers to look more closely at direct renewable sources, in an attempt to lower dependence on Russia and reduce exposure to a sudden halt in gas supplies.

BMW was exploring various ideas for on-site storage of renewable energy, Nedeljkovic said, with one option being high-voltage batteries recycled from BMW cars.

It was not yet known what capacity the battery storage system in the Debrecen plant — where BMW plans to produce about 150,000 units a year, compared to the 350,000 it produces in Leipzig — would have.

“We are setting up a plan to define capacity requirements,” Nedeljkovic said.

A Piper PA-28 Cherokee light aircraft was forced to make an emergency landing on the R44 main road between Stellenbosch and Strand on Wednesday ...
Motoring
1 month ago

The world’s richest man appears to have had it with the working-from-home business.
Motoring
1 month ago

Italy's Lamborghini wants to have two hybrid supersports cars in its range from 2030 powered by e-fuels, the head of the Volkswagen's brand was ...
Motoring
1 month ago