UK petrol prices are closing in on £100 to fill tanks 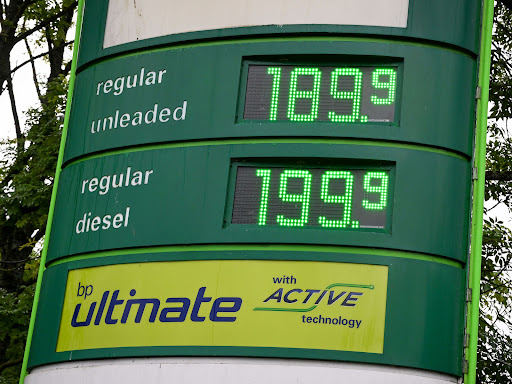 The cost of filling a 55l family car with petrol has topped £98 (roughly R1,888) for the first time in history, according to the RAC motoring organisation.
Image: Bloomberg

The cost of filling a 55l family car with petrol has topped £98 (roughly R1,888) for the first time in history, according to the RAC motoring organisation.

The average price of unleaded petrol in the UK rose to 178.5 pence per liter on June 6, while diesel increased to 185.2 pence, the group said. Both prices are record highs.

“With analysts predicting oil will average $135 a barrel for the rest of this year, drivers need to brace themselves for average fuel prices rocketing to £2 (roughly R38.54) a litre, which would mean a fill-up would rise to an unbelievable £110 (roughly R2,119),” said spokesperson Simon Williams.

UK fuel prices have set new records in recent weeks with oil prices soaring since Russia began its invasion of Ukraine. The start of peak summer driving season in Europe and the US and the easing of Covid-19 restrictions in China have also boosted demand, the RAC noted.

Solid Power Inc, the battery start-up that went public in a reverse merger last year, has begun operating a new pilot line, putting it on pace to ...
Motoring
4 weeks ago

Next generation Apple CarPlay will drive your car's entire dash

Apple on Monday announced significant updates to CarPlay at the Worldwide Developers Conference event, as the company looks to upgrade it from an ...
Motoring
4 weeks ago