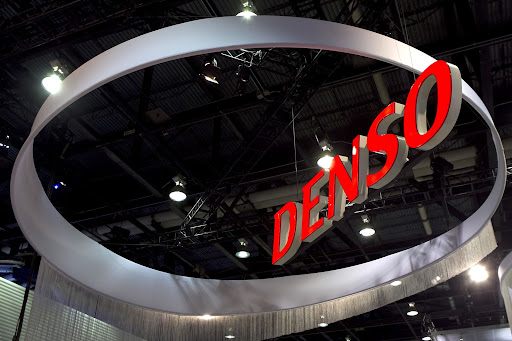 Denso Corp., one of the world’s top automotive semiconductor manufacturers and a key supplier to Toyota Motor Corp., may consider spinning off its chip business, which generates around 420 billion yen ($3.1 billion) in sales, the company’s chief technology officer said Friday.
Image: Bloomberg

Denso, one of the world’s top automotive semiconductor manufacturers and a key supplier to Toyota, may consider spinning off its chip business, which generates about 420bn yen ( about R48.05bn) in sales, the company’s chief technology officer (CTO) said Friday.

Known as the world’s second-biggest auto parts maker, Denso has also quietly built up a presence in automotive chips. Now, with semiconductor-related capital expenditures totalling about 160bn yen (about R18.3bn) over the past three years, Denso ranks as the world’s fifth-largest supplier of automotive chips by sales.

“We need to think about whether the time will come when we sell semiconductors, alone, externally,” CTO Yoshifumi Kato said in an interview at Denso’s headquarters in Aichi prefecture. “It’s worth looking into whether that kind of structure is possible.”

Today, the semiconductors Denso makes in-house go into automotive parts it then sells to carmakers or other suppliers. When examining the possibility of supplying semiconductors on their own, Denso will consider whether the division is better positioned outside the company, Kato said.

To date, nothing has been decided regarding a split, Kato said, adding that Denso’s focus for the time being is on meeting internal chip demand. Denso shares erased earlier losses late on Friday, jumping as much as 2.4% in Tokyo trading.

A shortage of chips used in cars began in late 2020 when Covid-induced lockdowns of millions of people around the world spurred a huge uptick in the purchase of consumer electronics goods. That resulted in semiconductors being diverted away from carmakers, which had also reduced their own orders in expectation of falling demand for cars.

Chip supply today appears to be getting back to normal in some industries amid concerns about how well consumer demand can hold up against the backdrop of accelerating inflation and higher interest rates.

According to Denso’s Kato, demand for automotive semiconductors, on a tear amid the industry’s shift to electric, internet-connected and autonomous cars, is likely to continue going from strength to strength.

Facing such conditions, funding directed to its chip business will grow and make up more than 10% of Denso’s research, development and equipment-investment expenditure, Kato said.

Denso said at a briefing earlier this month that it’s targeting 500bn yen ( about R57.2bn) in sales from its in-house power and analogue chip business, up from about 420bn yen (about R48.05bn) currently.

Denso is also looking to external partners to help strengthen its hand in the semiconductor market. In February, the Japanese parts giant announced it’s joining a project led by Taiwan Semiconductor Manufacturing Company to build its first chip plant in Japan.

There’s a significant lag between setting aside funding and when actual chip production can commence. At the moment it appears that chip shortages, which have caused billions of dollars in lost revenue for the car industry, will ease late in the current fiscal year, Denso senior director Yoshinobu Tao said.

US authorities escalated an investigation into whether Tesla Inc’s Autopilot is defective and revealed they’ve reviewed almost 200 crashes involving ...
Motoring
3 weeks ago

VW plans to sell first electric car in India in 2023

Volkswagen AG is looking to sell its first electric car, the ID.4 sports utility vehicle, in India in limited quantities next year as the South Asian ...
Motoring
3 weeks ago