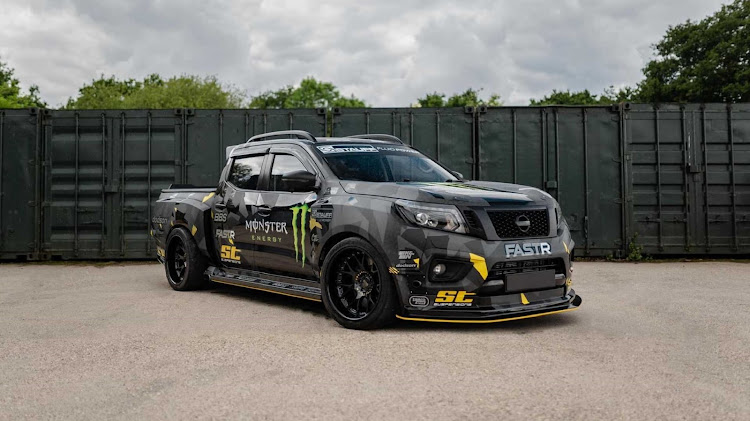 British drifting champion Steve "Baggsy" Biagioni has transplanted a modified Nissan GT-R engine into a Navara, creating one of the world’s fastest bakkies.

Dubbed the Navara-R, the souped-up pickup uses a twin-turbo V6 engine from the GT-R that has been increased in cubic capacity from 3.8l to 4.1l to produce a claimed 750kW of power.

The muscle is fed to all four wheels through a custom dual-clutch transmission, and the suspension has been modified to handle the extra power, using the original GT-R subframes with racing coilover suspension and a hydraulic lift system. The standard 16-inch wheels are replaced with BBS 20-inch mags and the stopping power has been boosted with Alcon Specialist brakes.

The project took more than two years to finish and was mostly done by the UK-based SB Motorsport. It is believed the bakkie will make a showing at the UK's Goodwood Festival of Speed from June 23 to 26.

No acceleration or top speed figures are mentioned.

The new D-Max has big shoes to fill as it continues a line of Isuzu one-tonne bakkies that has been manufactured in SA over the past 42 years.
Motoring
2 months ago

Compared to some blink-and-you’ll-miss-them vehicle midlife updates, the Nissan Navara has undergone much more than the traditional shot of Botox
Motoring
8 months ago