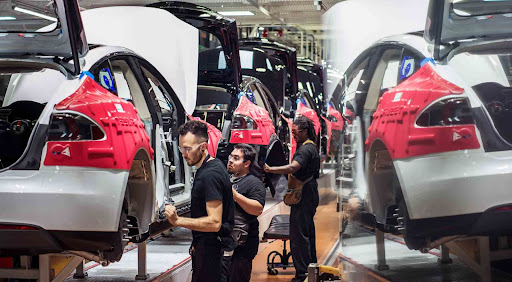 Tesla Inc has had a “very tough quarter” as it struggles with supply-chain snags, CEO Elon Musk warned in an internal memo, imploring workers to help get the electric-vehicle maker back on track.

“This has been a very tough quarter, primarily due to supply chain and production challenges in China,” Musk said in an email to employees over the weekend. “So we need to rally hard to recover!”

The company’s Shanghai plant, which had slowed production in recent weeks amid severe Covid-19 restrictions, is returning to full strength and its Austin, Texas, facility is ramping up production as well, Musk said. Last week, he noted, Tesla’s Berlin factory built almost 1,000 cars, while its Fremont, California, plant notched a record day of production.

Tesla’s shares tumbled 7.2% at 10:24am in New York amid a broad market decline. The stock had fallen 34% this year through Friday’s close, worse than the decline in the S&P 500.

US authorities escalated an investigation into whether Tesla Inc’s Autopilot is defective and revealed they’ve reviewed almost 200 crashes involving ...
Motoring
3 weeks ago