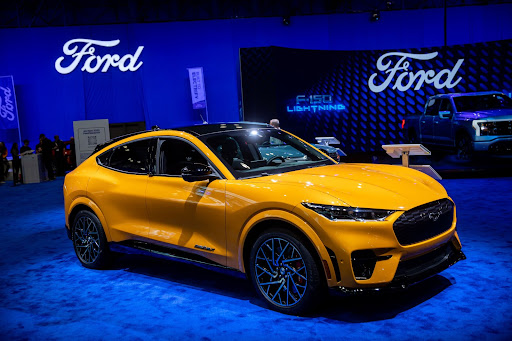 The issue on the Mustang Mach-E involves the possible overheating of high-voltage battery main contactors, which can cause vehicles to lose power while in motion or fail to start.
Image: Bloomberg

Ford Motor Co has told dealers to temporarily halt deliveries of the Mustang Mach-E over a potential safety defect, a setback for the carmaker as it tries to fortify its position as a leader in electric vehicles.

The automaker is recalling 48,924 Mach-Es from the 2021 and 2022 model years made at Ford’s plant in Cuautitlan, Mexico, a spokesperson for the company said on Tuesday. Dealers can still sell the car, but cannot deliver it to buyers until the defect is fixed, Ford said.

Ford submitted the recall to the US National Highway Traffic Safety Administration (NHTSA), which didn’t immediately respond to a request for comment.

The issue involves the possible overheating of high-voltage battery main contactors, which can cause vehicles to lose power while in motion or fail to start. The defect is being corrected with a software update owners can receive over the air or by going to their dealer, Ford said. It said there are no open investigations with the NHTSA.

Ford became the second leading seller of electric vehicles in the US last year, behind Tesla Inc, on the strength of the Mustang Mach-E, which sold 27,140 models in 2021. Sales of the battery-powered crossover SUV were up 50% so far this year to 15,718 units, and the model had its best month in May.

CEO Jim Farley has accelerated Ford’s push into EVs, with plans to build 2-million annually by 2026. This month, the automaker said it’s spending $3.7bn (roughly R59,208,880,000) to expand factories in the Midwest. That’s on top of the $11.7bn (roughly R187,149,690,000) Ford is investing with battery partner SK Innovation Co to construct EV and battery plants in Tennessee and Kentucky.

CNBC earlier reported on the recall.

Toyota, under scrutiny from investors over a perceived sluggish embrace of battery electric vehicles, said on Wednesday it needs to offer a variety ...
Motoring
3 weeks ago

Supply issues in the vehicle market and increased demand have boosted the price of used cars in SA in the past year.
Motoring
3 weeks ago