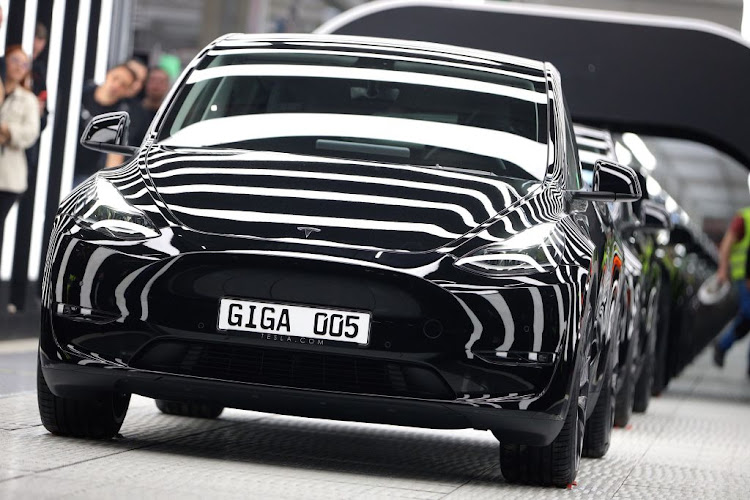 Electric-vehicle prices are going up at a dizzying pace these days. Tesla raised prices by as much as $6,000 (roughly R95,956) per car this week. Rivian bumped up the ask on its battery-powered R1T pickup truck in March, while Ford hiked the sticker on the Mach-E.

But there's an underlying problem here. New cars are already out of reach for more than half of Americans, which means EVs are affordable to a limited group of well-off buyers only. Some 30% of all new cars sold last year had a suggested retail price above $50,000 (roughly R799,639), up from just 6% ten years ago, according to Charlie Chesbrough, a senior economist at Cox Automotive. With many buyers priced out of the new-car market, ever fewer people will be able to make the switch to electric and instead keep burning petrol for years to come.

“It’s clearly a product for the upper crust,” Chesbrough said in an interview. “It’s going to be a long time before electric vehicles are the majority of cars on the road.”

Part of this is the natural evolution of new technology. EVs are still expensive to build. Ford, for example, is in the midst of launching the F-150 Lightning plug-in pickup and is spending $50bn to roll out more EVs, with plans to build two million annually by 2026.

Rising raw-materials costs are rendering some battery-powered models unprofitable, the carmaker’s CFO John Lawler said at an investor conference this week. He added Ford is seeing an increase in auto loan delinquencies amid rising inflation and higher interest rates.

CEOs from General Motors, Ford, Toyota and Stellantis wrote to leaders in Congress this week to ask them to waive limits on the $7,500 (roughly R119,843) federal tax credits. GM and Tesla have already maxed out the 200,000-vehicle cap on that programme, and Toyota is getting close. Given the growth in EV sales, other producers likely won’t be far behind.

Despite the recent surge in EV sales, automakers will need to sell to middle-class buyers both to reach cost-effective scale with batteries and to make a dent in carbon emissions. That will be tough with $61,000 (roughly R975,560) average sticker prices.

GM is the first to make a move. The company this month dropped the price of its Chevrolet Bolt and its slightly bigger cousin, the Bolt EUV, by $6,000 (roughly R95,874), in part because its credits ran out. The bigger play comes next year, when the Chevrolet Blazer and Equinox go on sale for around $30,000 (roughly R479,373). Both cars could change the game, and the EV market.

Japan's Sony and Honda on Thursday officially agreed to an equally owned joint venture that will start selling electric cars in 2025.
Motoring
2 weeks ago

This Dutch solar car could drive months without a recharge

Is solar the next frontier for charging vehicles? Dutch company Lightyear One thinks so and has unveiled what it says is the world’s first ...
Motoring
2 weeks ago