Reports on social media say the race is confirmed, but Kyalami says no agreement has been signed 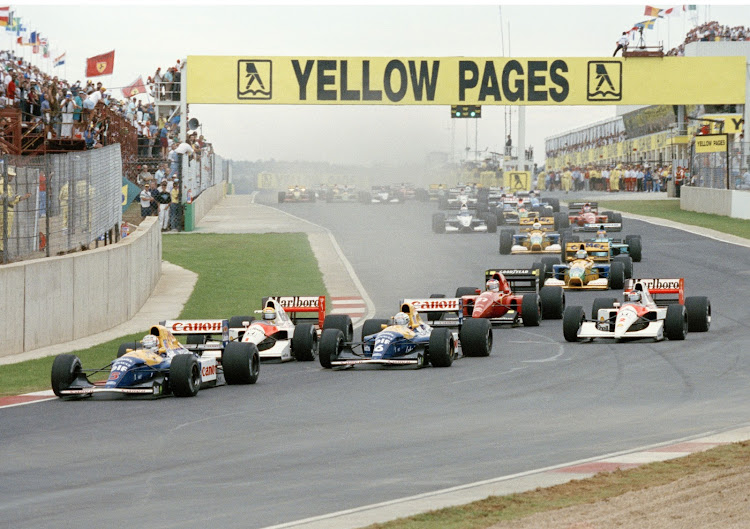 Nigel Mansell leads the field at the start of the 1992 GP at Kyalami.
Image: Getty Images

Rumours that SA may host a Formula One Grand Prix at Kyalami in 2023 have gone into overdrive, with reports circulating on social media that the event has been confirmed.

However, Kyalami spokesperson Christo Kruger says no agreement has been signed yet and there is nothing to say.

Sources yesterday claimed Kyalami will host the race in a multiyear deal starting next year, with DHL said to be the sponsor, but there has been no official confirmation. SA last hosted an F1 race in 1993 at Kyalami, and Africa is the only continent not to have a race on the F1 schedule.

F1 Paddock insider tweeted: “BREAKING: The South African GP at Kyalami is CONFIRMED for 2023. Formula 1 and DHL have signed a 5-YEAR contract. Formula 1 will return to South Africa after nearly 30 years since the last Grand Prix.”

It further tweeted Kyalami would host the event most likely in August and that ticket prices would start at R3,000.

Kyalami would require circuit upgrades to be eligible to host an F1 race, but Kruger said the FIA had yet to visit the circuit to determine the work that was required.

Reports of an impending SA GP have been circulating for months and gathered momentum when seven-time world champion Lewis Hamilton recently stated he would like to race in SA.

Last week Dutch newspaper De Telegraaf reported Kyalami forms part of the interim race programme for 2023, which could comprise 24 races depending on the situation in China. However, the FIA has not yet confirmed the 2023 F1 calendar.

Formula One is nearing a deal to secure the return of the SA Grand Prix as early as next year, according to multiple reports.
Motoring
2 months ago

Since the revamped Kyalami Grand Prix Circuit was opened in 2015 there has been much speculation about whether it will host a Formula One Grand Prix.
Motoring
2 months ago