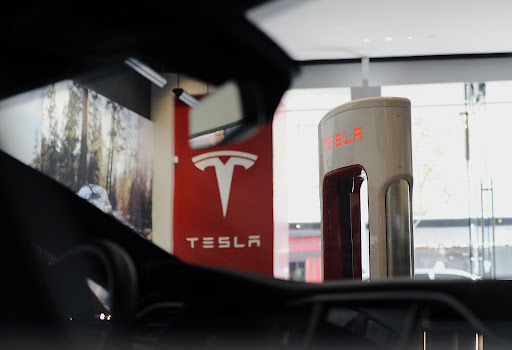 Tesla Inc. Chief Executive Officer Elon Musk said the electric-vehicle manufacturer has been through “supply chain hell,” but sees commodities prices trending lower and signaled optimism the company can achieve record volume over the rest of the year.
Image: Bloomberg

Tesla Inc CEO Elon Musk said the electric-vehicle manufacturer has been through “supply chain hell”, but sees commodities prices trending lower and signalled optimism the company can achieve record volume over the rest of the year.

The remarks came after the EV market leader reported second-quarter earnings that beat Wall Street estimates, reflecting Tesla’s progress in getting production back on track while tackling supply-chain hurdles and Covid-19 lockdowns at its factory in China.

“We have potential for a record-breaking second half of the year,” Musk said on Wednesday on a call with analysts, noting strong June production at the company’s factories in California and Shanghai. But he cautioned that the industry has faced severe challenges securing adequate supplies of parts and materials.

Tesla’s CEO sees signs that commodities prices are on a downward trajectory and predicted inflation will slow by the end of the year.

The first major US carmaker to report second-quarter financial results, Tesla said in a letter to shareholders that increasing production at its two newest plants — one in Germany and the other in Texas — will depend on the smooth launch of new vehicles and improved supply chains.

The Austin, Texas-based manufacturer left unchanged its production forecast for 50% average annual growth “over a multiyear horizon,” but said issues ranging from shortages of supplies and labour to logistical problems kept its factories from running at full capacity in the most recent quarter.

“They are maintaining their 50% growth rate, which is a bit of a surprise. I thought they might back off from that,” said Gene Munster of Loup Ventures. “They are doing a good job navigating a difficult environment.”

Tesla posted adjusted earnings of $2.27 a share, besting the $1.83 a share average of analysts’ estimates compiled by Bloomberg. But that was below the $3.22 Tesla made in the first quarter, marking the first sequential profit decline since the end of 2020.

Analysts are paying close attention to how quickly Tesla can ramp up output of its mass-market Model Y SUV from those two factories, and also introduce the long-awaited Cybertruck pickup in Austin. Musk told analysts on the call that Tesla is on track to debut the truck in mid-2023 and said it could be “our best product ever”.

Tesla said previously it delivered 254,695 vehicles worldwide in the quarter, up 27% year over year but down from its first-quarter record of 310,048. It was the first time in two years that the company failed to increase vehicle deliveries from the prior quarter. In April, Musk predicted the company would produce more than 1.5 million vehicles this year. Tesla had made about 564,000 through the first half.

Calling Tesla’s dalliance in digital currencies “a sideshow to a sideshow,” Musk said Tesla is open to increasing its holdings of cryptocurrencies even after it reported a bitcoin impairment that reduced second-quarter earnings.

Tesla converted about 75% of its bitcoin purchases into fiat currency, but the CEO explained the move as a way to increase liquidity amid uncertainty about the duration of Covid-19-related shutdowns in China. It should not be seen as “some verdict on bitcoin”, he said.

Volvo Car AB reported a surge in profit, helped by proceeds from the listing of its electric-car unit Polestar as well as improving supply of ...
Motoring
4 weeks ago

Singaporeans need a record $82,000 for the right to buy a car

The cost for the right to buy a car in Singapore has reached a record high for large vehicles and risen across the board for all categories.
Motoring
4 weeks ago

The share of battery-electric cars among new registrations in Europe grew to 9.9% in April to June from 7.5% a year before, new data showed on ...
Motoring
4 weeks ago