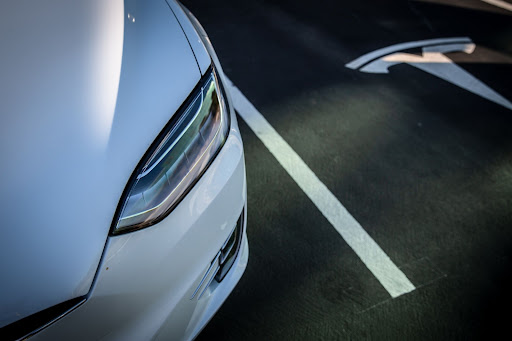 Tesla Inc made waves this week when it announced that it had dumped the bulk of its Bitcoin stash. Selling 75% of its cryptocurrency gave the company a one-time cash infusion, Elon Musk’s electric car company said, but the battered value of its remaining Bitcoin also dinged profits.
Image: Bloomberg

Tesla Inc made waves last week when it announced that it had dumped the bulk of its Bitcoin stash. Selling 75% of its cryptocurrency gave the company a one-time cash infusion, Elon Musk’s electric car company said, but the battered value of its remaining Bitcoin also dinged profits.

Exactly how crypto helped and hurt Tesla’s bottom line is difficult to disentangle, however, based on what it told the public on earnings day. Current accounting rules—or lack thereof—play a big role.

“Tesla’s disclosure is really vague and not transparent,” said Vivian Fang, accounting professor at the University of Minnesota’s Carlson School of Management. “It is very difficult to realise exactly what is the realised gain and what is the impairment charge.”

This is what we know, based on the company’s shareholder letter:

Listeners to Tesla’s earnings call on Wednesday got a little more colour, but not much. Chief financial officer Zachary Kirkhorn told analysts that the gain the company realised in selling Bitcoin was offset by an impairment charge, “netting a $106m [R1.79bn] cost to the P&L,” referring to its profit and loss statement.

Tesla Inc boss Elon Musk said late on Sunday on Twitter that he and Google co-founder Sergey Brin remain friends and denied a report that he had been ...
Lifestyle
1 week ago

Tesla recorded the charge in the expense line item, “restructuring and other,” Kirkhorn said.

This dearth of information leaves questions that may or may not get answered when the company files its 10-Q—a document that includes more details than a brief earnings report—in the coming days.

“I’m anxious to see the actual filings—to see if they disclose the date that they sold, the price that they sold at,” said Aaron Jacob, head of accounting solutions at TaxBit, a cryptocurrency software company. “They may not disclose any of that.”

Tesla isn’t compelled to do so. No part of US generally accepted accounting principles spells out how companies must account for cryptocurrency or other digital assets, nor do they mandate the type of information companies must reveal in their footnote disclosures.

Businesses follow guidance from the American Institute of CPAs that says those that don’t qualify as investment companies should account for crypto holdings as intangible assets.

Volkswagen AG has turned to an insider adept at rallying teams on the factory floor and the soccer field to try to salve wounds that festered under ...
Motoring
1 week ago

This means companies record digital assets on their balance sheets at historical cost, minus drops in value during the period. The upshot is that companies only get to record price dips—never recoveries, if the value rebounds.

For volatile digital assets, it almost always means companies have to record impairments, even if they’re only losses on paper.

‘FASB has no disclosure rule’

“Right now, FASB has no disclosure rule, zero,” Fang said. “The only thing we know they need to tell us is the cost of whatever Bitcoin holding they have, and if there is an impairment, they have to recognise the impairment charge.”

The Financial Accounting Standards Board is in the early stages of writing rules to fill the digital asset guidance gap. It has fielded hundreds of requests asking for rules that allow companies to reflect the fair value of their crypto holdings, so they capture not just the lows, but also when crypto values spike.

Accounting impairments drag down earnings for companies that bet big on Bitcoin. Enterprise software maker MicroStrategy Inc, which holds the most Bitcoin of any public company, has had to record millions in losses because of the accounting. It voluntarily discloses a bevy of information about its crypto, including the average purchase price and the coins’ fair value during the quarter, as a supplement to the official accounting.

CEO Musk has touted the value of Bitcoin and cryptocurrency in general.

“This should not be taken as some verdict on Bitcoin,” Musk told analysts on Wednesday. “It’s just that we were concerned about overall liquidity of the company given the Covid shutdowns in China.”

Public has 30 days to comment on Mantashe's fuel price gazette

Retailers should soon be allowed to set their own price for 93-octane petrol after minister of mineral resources and energy Gwede Mantashe published ...
News
2 weeks ago

The German sports-car maker plans to list this year and expects more price power for its EVs.
Motoring
2 weeks ago