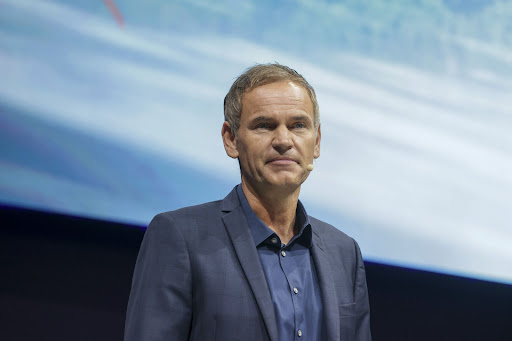 Volkswagen AG has turned to Oliver Blume to salve wounds that festered under the turbulent leadership of Herbert Diess.
Image: Bloomberg

Volkswagen AG has turned to an insider adept at rallying teams on the factory floor and the soccer field to try to salve wounds that festered under the turbulent leadership of Herbert Diess.

For Oliver Blume, the Porsche boss taking over from Diess as VW CEO, smoothing over relations with labour unions and other key stakeholders is crucial for the company’s push into electric vehicles and other new technology.

The management changeover at the world’s second-largest automaker, announced on Friday night, marks a departure from Diess’ combative style. Although the departing CEO has been credited with strategic and analytical excellence, he created enemies among VW’s multiple power centres. Repeated clashes with unions and poor execution on electric models and software eventually diminished support for the former BMW AG manager.

While Diess lamented VW’s “old, encrusted structures” standing in the way of change, Blume, a keen soccer player, is known for asking questions and ensuring the backing of VW’s hodgepodge of vested interests before forging ahead.

“His management skills have been very good,” said Philippe Houchois, an analyst at Jefferies.

“Your job as group CEO is to make people work together. And that’s where Diess failed, sadly.”

Building consensus will be crucial as VW seeks to deliver on an industry-leading €89bn  (roughly R1,517,706,000,000) investment plan on software and EVs. Many workers fear the changes will result in further job losses or factory dislocations.

A Porsche executive might seem like an unlikely choice to lead VW’s push into new technologies and propulsion methods. The brand, to many, remains synonymous with growling internal combustion engines.

Yet Blume, a former Audi trainee who has headed Porsche since 2015, was behind the risky decision to champion the Taycan, the sports-car brand’s first all-electric car that outsells the iconic combustion-powered 911.

Blume is targeting nearly half of Porsche’s sales to be electric by 2025. That fuels confidence the new chief could lead a similar transformation for other parts of VW’s portfolio, which includes brands like Seat and Skoda as well as the namesake and Audi marques.

Blume has also made his name as a safe pair of hands when dealing with the VW group’s heart and soul – its global production network of 130 plants.

Born in Braunschweig, near VW’s headquarters in Wolfsburg, Blume studied mechanical engineering in his hometown before joining the company. He gained a doctorate in vehicle engineering in Shanghai before more operational positions within Audi and later Seat. That shielded him from the turmoil that tarnished many executives connected to engine developers after the 2015 scandal over diesel engines that were rigged to meet emissions standards.

Traditionally, Porsche has maintained more autonomy within VW than other brands, helped by its superior financial performance, including solo runs on high-performance battery development and hydrogen-based e-fuels.

This year, Zuffenhausen-based Porsche also broke away from the complex Artemis electric vehicle project, led by Audi, in a show of confidence for the sports car brand’s own initiatives.

That move followed concerns over delays to other VW EV projects as part of Artemis, including models to be built in Hanover with VW’s commercial vehicle operations. Porsche executives didn’t want to make sports cars on the same production line that puts together vans.

While Blume has been credited with successes modernising Porsche, the luxury brand arguably has more room to manoeuvre, given its deep-pocketed clientele and its hefty profit margins – the highest among VW’s major brands.

Achieving comparable success across the whole company will be more complex, and Blume will have his hands full. Not only is he taking over as CEO, he’s retaining his role as Porsche’s leader.

The sports car brand is planning an initial public offering for the fourth quarter. Success is crucial to help raise funds for the group to get ahead in the transformation. Blume’s dual role has raised concerns his agenda may be overloaded.

“We do not think this is a good idea as both organisations will need clear and present leadership in upcoming months,” Bernstein analyst Daniel Roeska said in a note.

The German sports-car maker plans to list this year and expects more price power for its EVs.
Motoring
3 weeks ago