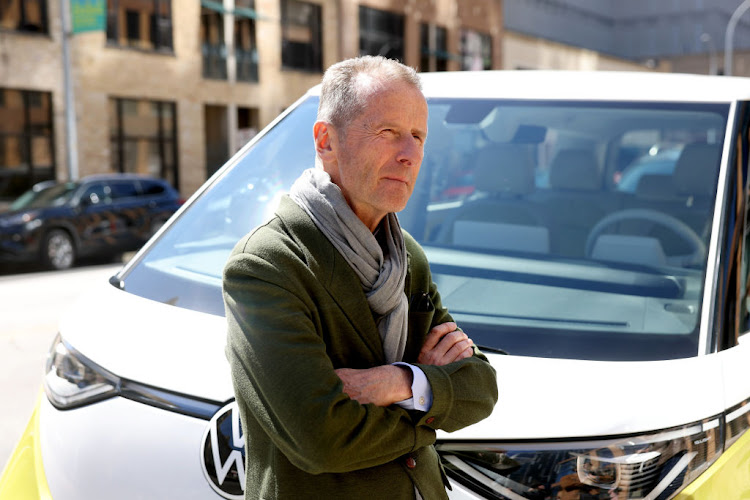 It says a lot about the state of the auto industry and where it's going that software problems have cost the CEO of a carmaker his job.

Volkswagen ousted Herbert Diess as CEO after severe software-development delays set back the scheduled launch of new Porsches, Audis and Bentleys. This was untenable considering buggy software postponed the debut of VW’s initial rollout of ID models, and customers are still having to drop off their cars at the dealer for updates the company has struggled to make over the air.

Sure, Diess also didn’t do enough to make allies and became increasingly isolated due to his hard-nosed leadership style. In his push to transform the company into an electric-vehicle leader, he repeatedly clashed with labour leaders by warning VW was losing out to Tesla and needed to cut thousands of jobs. But failures at the carmaker’s software unit Cariad ultimately eroded Diess’s support from the powerful Porsche and Piech family that calls the shots.

In December, VW overhauled its management board, stripping Diess of some responsibilities while tasking him to turn around Cariad. While there’s been a lot of re-arranging since then, Diess didn’t manage to make the issues go away.

Discord at Cariad has pushed back the rollout of important new models including the electric Porsche Macan, a high-volume sport utility vehicle for the division that’s planning an initial public offering in the fourth quarter. Audi’s new line of Artemis EVs has been delayed by about two years to 2027. And VW’s ultra-luxury brand Bentley may not be able to go all-electric by the end of this decade as planned because of the software issues, Automobilwoche reported earlier this month.

“Taking over the ship at Cariad seems to have been Diess’s downfall,” said Matthias Schmidt, an independent auto analyst based in Berlin.

VW’s solutions to challenges tend to reflect its status as an industrial behemoth: it’s able to throw lots of money and people at its problems. But modernising the company for the digital age is going to take bringing in talent and building skillsets outside its traditional zones of expertise. Drivers increasingly demand intuitive user interfaces and services that could create new revenue streams, if done correctly.

“Software is the key to the future,” Tesla’s Elon Musk tweeted when one of his followers asked about VW switching CEOs.

Diess certainly didn’t lack ambition. His last spending plan called for investing €89bn   (roughly R1.5-trillion) in software and EVs over the next half decade. VW said last year it would eventually employ 10,000 people just within its software operation, which would make it one of Europe’s biggest companies in the space. Just three weeks ago, he teased major investments in China to employ several thousand software engineers in the biggest auto market.

The stakes also have been clear. Diess regularly referred to Nokia’s failure to respond to the emergence of Apple’s iPhone as a cautionary tale and his belief that self-driving functionality would bring about an even more fundamental transformation of the industry than the shift to battery power.

VW is now turning to Porsche boss Oliver Blume, banking on him being more of a team player and shrewd navigator of the group’s various factions. Unlike Diess, Blume isn’t a big presence on LinkedIn or Twitter, but he’s proven he can recognise automotive trends. The former Audi trainee who has headed Porsche since 2015 championed the Taycan, the sports-car brand’s first all-electric model, which now outsells the 911.

Leading VW out of its software morass won’t be an easy one. Schmidt said Blume needs to bring about a deeper cultural change at Cariad to make things work, and doubts that German automotive managers will be able to fix the business on their own.

“They should have head-hunted the best people from Silicon Valley,” Schmidt said. “You can’t lead on software with automotive people.”

Volkswagen AG has turned to an insider adept at rallying teams on the factory floor and the soccer field to try to salve wounds that festered under ...
Motoring
2 weeks ago

Tesla Inc made waves last week when it announced that it had dumped the bulk of its Bitcoin stash. Selling 75% of its cryptocurrency gave the company ...
Motoring
2 weeks ago