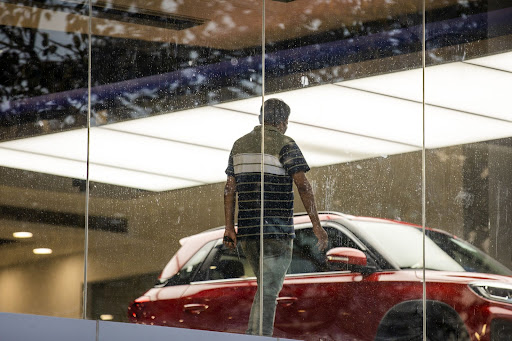 Net income was 10.1bn rupees about R2.12bn) in the three months ended June 30, compared with a profit of 4.4bn rupees (about R927.8m) a year earlier, the unit of Japan’s Suzuki Motor said on Wednesday. That fell short of the average analyst estimate of 15.7bn rupees about R3.31bn), according to data compiled by Bloomberg.

Revenue climbed to 265bn rupees about R55.87bn), which was higher than estimates. Total costs surged 43% to 252.7bn rupees about R53.28bn) from the same period last year. Raw material costs jumped by a similar level.

Higher commodity prices “adversely impacted the operating profit,” Maruti said in the filing. “The company was forced to increase prices of vehicles to partially offset this impact.”

Carmakers globally are grappling with a serious supply chain crunch, which has aggravated soaring prices of raw materials, hurting their margins. The increase in expenses has forced carmakers, including Maruti, Tata and Mahindra & Mahindra to raise vehicle prices in the Indian market, which is dominated by cheap cars, potentially denting demand.

The company sold 398,494 vehicles domestically during the quarter compared with 308,095 units the previous year. About 51,000 vehicles could not be produced due to a shortage of electronic components, Maruti Suzuki said in the filing.

It also had a backlog of customer orders for about 280,000 vehicles by the end of the June quarter. The carmaker “continued to work on cost reduction efforts to minimise the impact on customers”, it said.

Maruti Suzuki increased prices by an average of 1.3% across its models in April after a previous hike of 1.7% in January. However, higher cost of cars didn’t affect Maruti’s local sales in June, which rose 1.3% to 132,024 units.

Chairman RC Bhargava has said Maruti will have to shift its focus to bigger cars because the demand for entry-level passenger vehicles — its main source of income — is waning as they become more expensive due to commodity inflation.

It’s considering expanding the capacity of a new plant in the northern Indian state of Haryana to one-million vehicles a year, he said in May. Investment of more than $1.4bn (about R23.89bn) will go to the development of the first phase of the plant.

Maruti is also betting on cars powered by hybrid technology, natural gas and biofuels over electric vehicles as India still generates about 75% of its electricity from dirty coal.

On July 21, top automotive executives and VIPs gathered at The Icon on the Detroit waterfront to celebrate the induction into the Automotive Hall of ...
Motoring
3 weeks ago