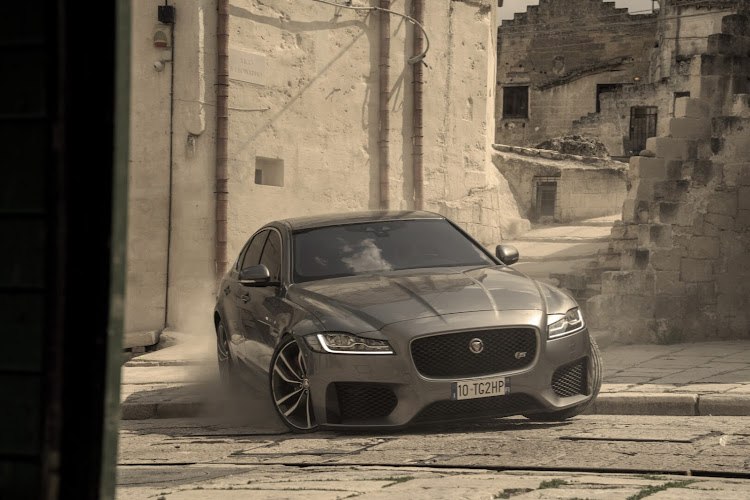 A Jaguar XF that pursued James Bond (Daniel Craig) and Madeleine Swann (Léa Seydoux) through the narrow, twisting streets of Matera in southern Italy is also on auction.
Image: Supplied

Defender, Range Rover and Jaguar stunt cars from No Time To Die are among lots being auctioned to mark 60 years of James Bond films.

Two Defenders and a Range Rover Sport SVR will be offered, led by a Defender 110 famed for its all-terrain stunt scenes in No Time To Die. Its sale will benefit the British Red Cross. The auction lot has the unique VIN (vehicle identification number) 007. One of 10 Defenders used during filming, it was also used in promotional activity before the film’s release.

A Defender 110 V8 Bond Edition, created by SV Bespoke and inspired by the specification of the Defenders in No Time To Die, also goes under the hammer (estimate: £200,000 — £300,000 (about R4.09m — R6.14). Just 300 Bond Editions were available worldwide, including five in SA, and this version has a unique “60 Years of Bond” logo etched on the instrument panel end cap. This vehicle is UK specification, is fully road legal and will be sold to benefit conservation charity Tusk. 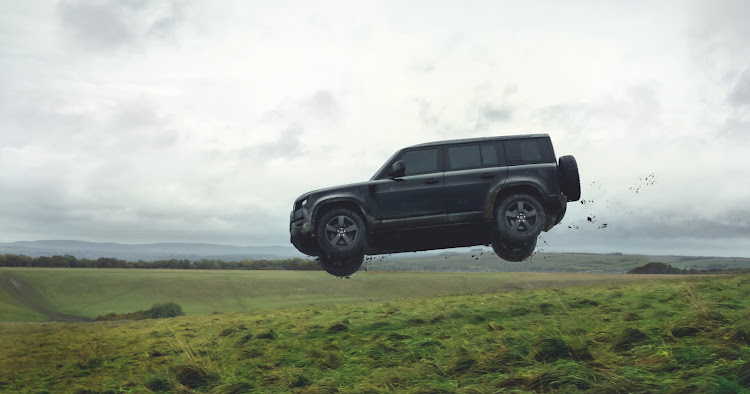 A number of the Defender model used in the movie are on offer.
Image: Supplied

Chosen by the No Time To Die stunt team as a perfect chase car, a Jaguar XF (estimate: £50,000 — £70,000) is one of two that appeared in the film’s pre-credit sequence. They pursued James Bond (Daniel Craig) and Madeleine Swann (Léa Seydoux) through the narrow, twisting streets of Matera in southern Italy.

Nick Collins, executive director of vehicle programmes at Jaguar Land Rover, said: “Defender, Range Rover and Jaguar were in the thick of the action in No Time To Die. Each car represents a unique piece of James Bond history which we’re sure collectors will be keen to own, and we are delighted to be able to support our charity partners through their sale. With such high demand for the Defender V8 Bond Edition, we are also hoping this special one-off version with the 60 years of Bond logo will attract a keen buyer.”

The official two-part charity sale features 60 lots in total. The online sale will be open for bidding from September 15 until James Bond Day on October 5, presenting 35 lots spanning the 25 films with posters, props, costumes, memorabilia and experiences.

The Defender, Range Rover and Jaguar stunt cars are among the 25 lots at the live auction to be held by Christie’s and EON Productions in London on September 28 by invitation only. Fans and collectors worldwide will be able to bid online using Christie’s LiveTM.

On July 21, top automotive executives and VIPs gathered at The Icon on the Detroit waterfront to celebrate the induction into the Automotive Hall of ...
Motoring
3 weeks ago