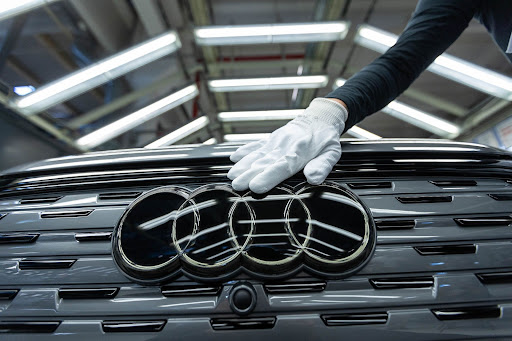 Car makers such as Audi have adapted to supply constraints by focusing on higher-end vehicles, pushing up the average cost of cars sold on the market.
Image: Bloomberg

For most buyers waiting as long as a year to get their hands on a new Audi, the rising cost of living isn’t much of a reason to give up on their dream.

Consumer demand is holding up, and the main challenge for carmakers continues to be the supply of key components, said Hildegard Wortmann, Audi AG’s chief sales officer since 2019. She took on a similar role for the wider Volkswagen Group level earlier this year.

“We have a record high backlog and the biggest ambition now is to really produce those cars as quickly as we can,” Wortmann said in an interview in Salzburg, Austria. “People have a higher willingness to spend in the premium market than in the volume market.”

The comments reflect a market that’s still coping with the overhang of supply shortages – even as the rise in energy costs eats into households’ disposable income.

Order books for the Audi brand, though, are full for the next seven months to a year, the company said Thursday after publishing second-quarter earnings that beat analyst estimates.

Car makers have adapted to supply constraints by focusing on higher-end vehicles, pushing up the average cost of cars sold on the market.

Wortmann’s comments also highlight how inflation – running at a record pace in the euro zone and at a decades-high level in the US – has a different impact on various parts of society. While governments look for ways to support low-income families contending with soaring living costs, many luxury brands, from makeup to handbags to cars, are in high demand.

“Usually the premium segment always stays longer much more stable than the volume segments,” Wortmann said. “The last couple of weeks we haven’t been changing our pricing. We take steps when there’s a change in behaviour.”

After the hikes of recent months, the latest cuts were made possible by decreases in international petrol, diesel and illuminating paraffin prices.
Motoring
2 weeks ago

Hyundai and Kia are going to the moon. The sister automotive companies, who have pioneered technologies such as robotics and Advanced Air Mobility ...
Motoring
2 weeks ago