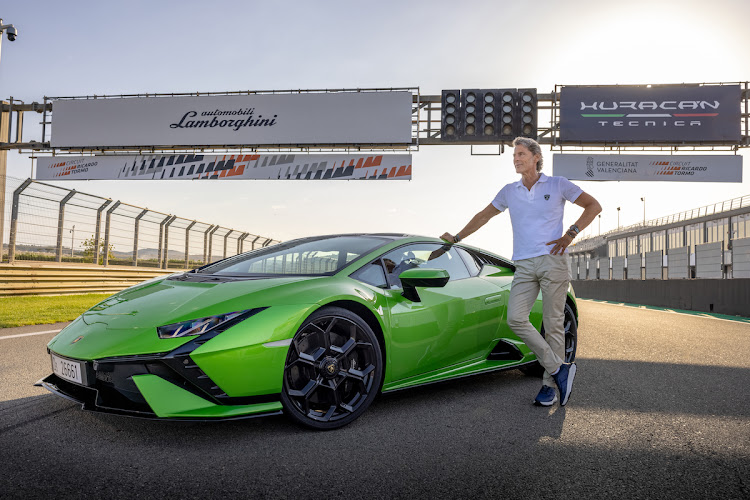 Lamborghini CEO Stephan Winkelmann says the carmaker has a few years to decide whether to go all electric.
Image: Supplied

But the proposed hybrids are likely to be paltry compared to the volume of throaty V12 engines which the 59-year-old brand is famous for producing. Last year Lamborghini recorded its best sales results ever, with 8,405 cars delivered globally. Company executives have yet to specify when — if ever — they will focus only on electric vehicles.

“We don’t need to decide now,” said Lamborghini Chairman and CEO Stephan Winkelmann during a reporter roundtable on July 27 when asked whether the company was planning to switch its fleet to only electric vehicles, as brands like Audi and Bentley have pledged.

“We have at least a few years to decide.”

In the meantime, Lamborghini has announced  its first EV, a two-door, four-seat vehicle, will arrive by 2030.

It was a frank admission from a company that seems comfortable in its own skin, even at the risk of sounding like a dinosaur when it comes to green-minded driving.

Most other carmakers have already committed to going electric and are making it a signature of their marketing efforts — even if there is disagreement among executives behind closed doors about the best way to do it. Bentley boasts that every vehicle it builds will be battery-electric by 2030; Audi says it will end development of combustion engines by 2026. Even Ferrari already has a decade of knowledge building hybrids. Rolls-Royce will debut its first electric vehicle this fall.

Lamborghini, on the other hand, asserts that at this point, all-electric all the time may not be the answer.

“It is going to be very, very complicated to make the right choice,” Winkelmann said.

“We are seeing we can continue to make more [money] out of every single car, and this is also the trend for the future,” Winkelmann said.

“We are sure about that.”

It helps that it can afford to wait to make any big electric decisions, underpinned as it is by Volkswagen Group’s record spending on new technology. Lamborghini’s parent company has promised more than $90bn (roughly R1,504,291,500,000) for developing new electric technology over the next decade.

Since its production numbers are multiple times that of the Italian marque’s, other brands at VW can help Lamborghini avoid having to develop something electric right now. Even if some of the pressure goes to Lamborghini to develop speedy hybrids, it would not necessarily mean all its cars must go fully electric soon.

“I consider myself a petrolhead, but it’s almost half a decade that we are pregnant with the idea of going hybrid and electric, so I know what is coming,” Winkelmann said.

“I do think we have to tackle the challenge.”

Emissions and engine legislation will determine how soon and how far a brand like Lamborghini will have to move into the all-electric world. Such regulations remain a moving target for automakers, with varying timelines and requirements—and the threat of more — spanning Europe, Asia, and the US.

In London, for example, a new Ultra Low Emission Zone is expected to be expanded by this time next year, with almost the entire capital included in a new boundary that levies fees and fines against polluting vehicles. California is considering legislation that would mandate EVs to comprise roughly 70% of new car sales by 2030 and 100% of new car sales by 2035.

But 2035 is a long way off. Politics and opinions can change. And sometimes the rules are different for automakers that produce comparatively small amounts of vehicles.

“We don’t have to decide now because we still have some years to see how the legislation is moving, if this is then something which they might slow down,” Winkelmann said.

“There is still the chance that maybe the legislation is going to change or is going to open up opportunities for small manufacturers so we need to decide in the second half of this decade whether we go electric with the super sports cars.”

Synthetic fuels could be one way the automaker avoids having to go fully electric. The non-polluting mixtures can be run through combustion engines, which means they would be legal to drive in jurisdictions with strict standards. Bentley and Porsche, which are also owned by VW, are experimenting with such sustainable fuels.

No matter what, Winkelmann said, Lamborghini will still be selling its famous V12 engines in 2030. That’s the same timeframe the brand will present its first all-electric vehicle. And that’s an eternity in car years.

There's no denying the fact that US automaker Dodge builds some of the world's most revered muscle cars.
Motoring
2 weeks ago