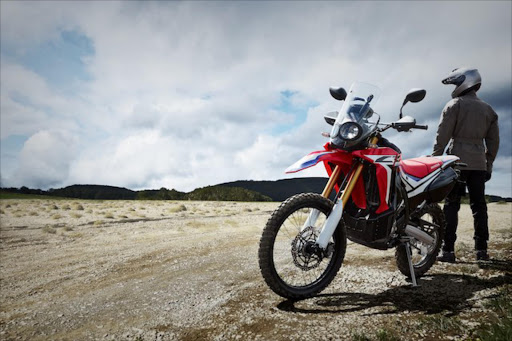 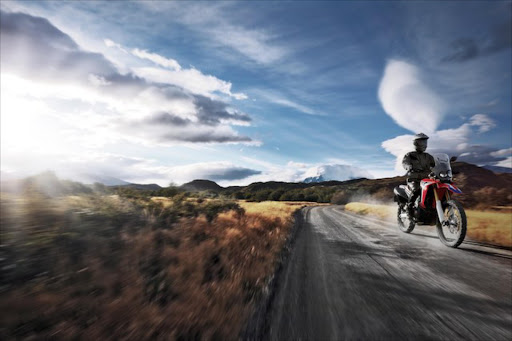 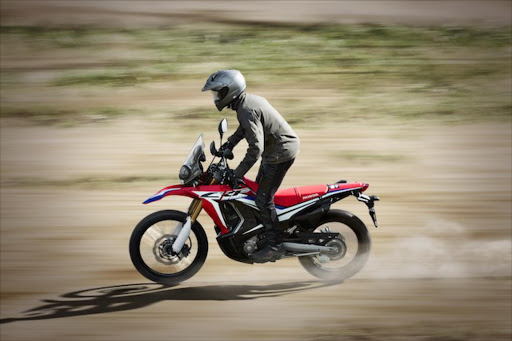 Great little bike, and cheap to run. That’s what a used-bike dealer told me once while I grappled with the wisdom of throwing down R6500 — and these were 2002 rands — on a red Honda 200cc “ag bike”. Ag stands for agricultural, and that’s what the little bike was — double side-stands, barkbusters, a big rear rack on which to strap a sheep and a front rack on which one might park the offspring of the ewe strapped on back. And an automatic gearbox.

Now, automatic gearboxes may be great for a farmer needing to keep one meaty hand on the lamb and the other on the throttle while racing across a Karoo field to the farmhouse, but they do not stir the heart while riding into a roiling Cape southeaster on the M3 at rush hour. Not with only 200cc of grunt, they don’t.

Still, despite the distinct lack of puff, the little red bike was, rand for rand, the best money I ever spent on a motorcycle. I should never have sold it.

So when Honda rolled out the CRF250 Rally – a street-clothed version of their CRF dirt bike – I felt that familiar prickle of pleasure. Red. Grunty. Utilitarian. A 250cc single-cylinder thumper with a six-speed manual gearbox. High-stepping and easy on the eye too, with its full fairing and enclosed motor. I figured the extra 50cc and the manual box would provide a small but useful leap in performance over the much-missed ag bike.

“Take it on a road tip,” the motoring editor suggested. “People would like to know if you can.”

I collected the test bike at ADA, a driver training academy near Hartbeespoort Dam that also does product launches and team building. When I told ADA’s Heine Engelbrecht my plan to head down the N4 for a weekend on the twisties around Sabie, he gave me a long and thoughtful look. “It will take a long time to get there,” he offered.

First impressions were good. The riding position is roomy and offers a lofty view over the road. Joining the late morning traffic on the road from Hartbeespoort to Randburg, I was won over by the bike’s good manners, quick throttle response and lightness of touch.

It was apparent, though, that the 250cc pot would not dish out much fun on a highway, and somewhere en route to Randburg, I quietly shelved my weekend scratch to Mpumalanga. For that I would need a bigger horse.

Still, I rode into town at the front of the pack and once in trafficland with its platoons of unsynchronised robots, I was smartly away first on every green. By the time we arrived at the office, the Rally and I were firm friends and remained so for the week. Getting to and from work on busy roads where incompetent drivers lurk became a pleasure.

As the days went by, I lamented the fact that the dirt roads that once crisscrossed the northern reaches of our city have now mostly been tarred or boomed, because it’s clear that the Rally will shine on dirt.

The bike would make a fine mount for a long Karoo backroads adventure. All that dirt, all those big horizons, such a little bike. Perfect match. – Paul Ash