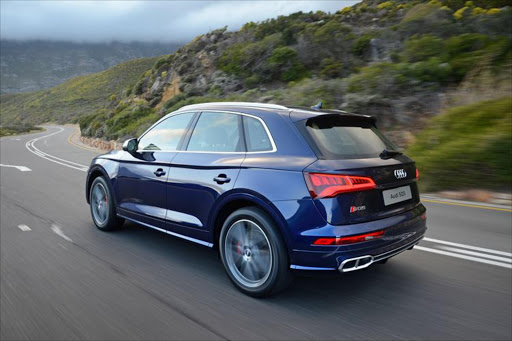 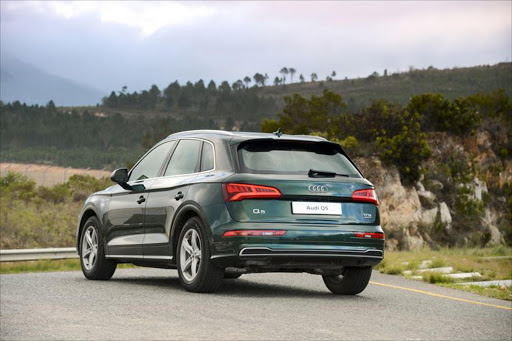 The ebb and flow of the automotive tide is fickle. Do consumers really dictate the trends? Or are we at the mercy of whatever the carmaker cabal peddles? Manufacturers have revisited their entire strategies hoping to get the jump on what they think modern motorists want.

If the Tesla way of doing things is one indication, we want quiet, clean electric mobility. We want cars that pilot themselves. We want interiors with large, crystal-clear display screens and functions controlled by hand gestures. Because pressing a button or turning a dial is so inconvenient, as anyone with a smartphone knows.

I think the people who work on the interior switchgear at Audi might find the transition a little sad. Because when you press, flick or prod any fixture in one of their cars, you just know that lots of thought and effort has gone into each knob, switch or button. The seamless contact of an index finger with a touchscreen might be cool. But the metallic click of a rotary controller is somehow more satisfying.

And, as expected, this level of engineering is inherent in the latest-generation Q5, which was launched in South Africa last week and which we sampled in the Western Cape. An example of the “old” model was parked behind one of the test units awaiting us at the airport. Which made for the obvious comparisons — and yes, distinguishing the old from the new is tricky at first glance.

But if you look really, really closely, you will spot those changes. For starters, the new Q5 has lost some of the chunkiness that defined it. The physique is tauter, more muscular and with notable elements like a “tornado line” across the side. It weighs 90kg less. Some of the shades offered seem like a nice nod to the past, like the burgundy and bottle green — de rigueur in the 1990s.

And although it looks less hefty, Audi claims the new model has grown in nearly all dimensions.

There are three types of engine on offer: one diesel and two petrol. The 2.0 TDI delivers 140kW and 400Nm of torque. This is probably the one to have — the grunt and frugality of an oil-burner would make good sense for many. The 2.0 TFSI produces 185kW and 370Nm, translating into Golf GTI levels of straight-line performance. It will dash to 100km/h in 6.3-seconds, versus the claimed 7.9-seconds in the diesel.

Both come standard with the seven-speed, double-clutch S-Tronic transmission.

Both are also equipped with Quattro Ultra, which is Audi speak for “on-demand” four-wheel drive. Basically, the car detects when extra grip is required and sends drive to the rear wheels. The rest of the time, power is sent to the front wheels only.

Now this model has permanent Quattro, with power shifted via an eight-speed automatic gearbox, rather than the double-clutch system of the other two derivatives. The SQ5 boasts a claimed sprint time of 5.4sec.

Aside from the outmoded A1 hatchback, the consistency of the Audi products’ impeccable road manners is admirable. The Q5 was steady on its paws when traversing muddy, rural roads in the Western Cape. And when athleticism was demanded over the Franschhoek Pass, it complied without fuss. The plush ride quality is polished even further when equipped with (optional) air suspension, as one of our test units was. Almost makes you wonder why you would cough up extra for a Q7, unless space is a priority.

The Q5 is an accomplished eater of miles. And its manners also stand out when you mentally compare the Q5 with its peers in the segment — although, to be fair, this product is the newest, so is bound to be better in many aspects until its competitors inevitably come out with upgrades.

In the areas of quality and refinement, it might be safe to say that the new Q5 leads the pack. The Mercedes-Benz GLC-Class is a fine package, but its interior certainly does not match the lofty standards of the Audi.

We will discount the aged BMW X3, which is soon to be replaced. Remember, Land Rover offers the Discovery Sport. But to say its levels of sophistication belong in this company would not be true. Perhaps Volvo, with its forthcoming XC60, might give the Q5 a run for its euro from a quality perspective?

The new Q5 might not look as striking as some of the other nameplates mentioned here. But it delivers faithfully on what we have come to expect from the brand: fantastic engineering without chintzy garnishes. – Brenwin Naidu