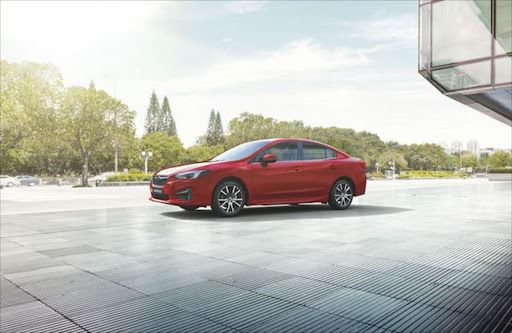 Impreza
After the unveiling of the new Subaru Impreza in June, we managed to get behind the wheel to see how it fares in the segment.

There is a great deal hinging on the new Subaru Global Platform (SGP), which it shares with the new XV, as the platform will underpin future Subaru models well into 2025.

The new Impreza is a totally different kettle of fish compared to its predecessors and has decidedly moved from playing in a niche space to become, well, more mainstream. This means it now takes the fight directly to the likes of the Honda Civic, Hyundai Elantra, Toyota Corolla and Volkswagen Jetta. In essence, it panders to buyers looking for a spacious, well-specified sedan with few frills.

This makes sense for the company, which has its biggest markets in Australia, China and the US (the latter accounting for more than 70% of its business outside of Japan), all of which have a strong lean towards sedans. In fact, if you look at Honda’s tack in this regard, it has also made available in SA the sedan variant of its Civic instead of the hatch.

From a styling perspective, the new Impreza has also toned down its previous flamboyant looks and has opted for something demure and generic. The front is Japanese in its visage, while the rear lacks inspiration.

It’s the cabin that has seen the most marked improvements. It is considerably larger than its forbear, while the overall tactile quality has moved up a few notches with plusher materials used on most contact areas.

A gripe I had was the lack of auto door-locking when driving off, which is something of an oversight and a safety hazard.

Powering our test unit is a direct injection, normally aspirated 2.0-litre petrol engine that makes 115kW and 196Nm through a CVT (continuously variable transmission). Traction goes to all four wheels, thanks to the asymmetrical all-wheel drive system. While the engine is no ball of fire and the transmission whines when asked to pick up pace, it is the refinement of the vehicle on the open road that is worth mentioning. Both wind and road noise have been considerably suppressed, while the vehicle feels agile.

Fuel consumption was particularly good as I managed a best figure of 6.4-litre/100km and a worst of 7.5-litre/100km over the test tenure.

Overall, the model ticks all the boxes for buyers looking for a spacious, well-specified sedan, but it falls considerably short on character. Not that it matters for buyers in this segment, but this is not a car that stands out from the crowd. – Lerato Matebese