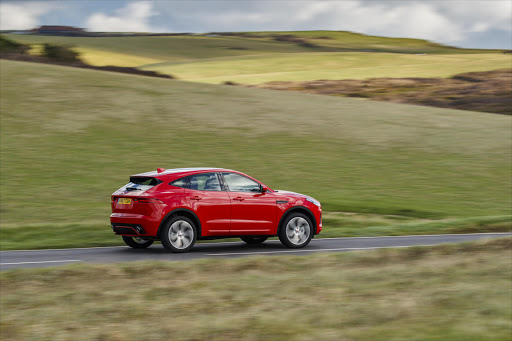 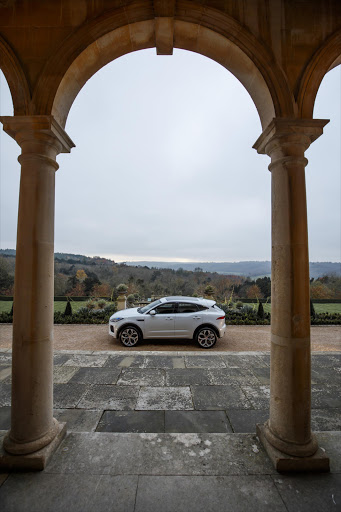 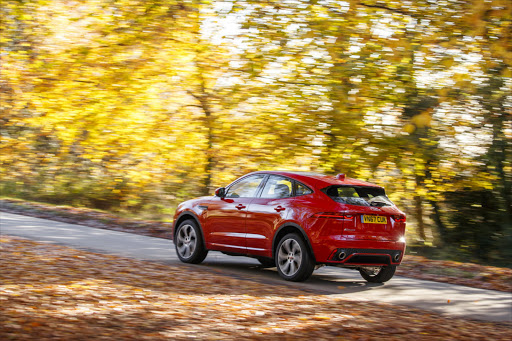 Jaguar design director Ian Callum told Motor News last year that for years he resisted the call from management to design an SUV. Land Rover makes SUVs, but of course things have become more blurry, with Land Rover even considering going into the car market with its future Road Rover model.

Callum eventually agreed to let his design team loose on a Jag SUV and the first result was the F-Pace, which now dominates Jaguar’s global sales. It scooped the 2017 World Car of the Year award. It’s all business of course. According to Finbar McFall, global product marketing director of Jaguar sales, the compact SUV segment rose 18% worldwide in 2017 with Jaguar Land Rover (JLR) predicting an increase of 23% between now and 2020.

Which is why things have really started to gather pace with Jaguar revealing its first battery-electric vehicle, the iPace crossover, which is due to launch later this year. Sources have told us that Jaguar is also working on a model above the F-Pace, the J-Pace which is set to take on rivals such as the Audi Q7. But before all of that we have this, the E-Pace and we drove it in Corsica ahead of its launch in South Africa in March.

The design is meant to convey a sense of fun. "When we are designing our cars, we always want to put a bit of fun into them," says Callum.

That is most apparent in the E-Pace which definitely looks cute. The project team nicknamed it the "cub" which is why you will find a little Jaguar cub pictured on the base of the windscreen and projected onto the floor by the puddle lamps.

Jonathan Sandys, interior design manager at Jaguar, says the lights represent the big eyes of a cub while the wheels, available in sizes up to 21 inches, are its paws, large and pushed well out to the corners.

There is more fun inside too with an animal print moulded into the inside of the central storage area. It is such attention to detail that will appeal to many, as will some of the more traditional elements. "We deliberately didn’t want to go all touch screen like the (Range Rover) Velar," says Sandys. "We wanted more Jaguar engagement."

This means more traditional elements. Callum says the "idea of using rotary dials and tactile switches are very important". Turn the climate control dial and the feeling at your fingertips is inspired by turning traditional camera lenses. This approach is interesting and in some respects the opposite of the trend towards touch-screen tech. The Velar for example has no haptic feedback when you touch a button on its screens, but Callum was insistent that there had to be detail and haptic feel when you move the dials in the E-Pace.

There is a touch-screen though, the latest Jaguar Touch Pro 10-inch screen which is standard across all models. A digital TFT instrument cluster is also an option and adds to plenty of tech that will appeal to those who want to have the latest.

This includes options like a multiple device 4G Wi-Fi hotspot in the car, an activity key for those who want to jump in the car straight from doing the Midmar Mile and USBs for every one of the five occupants, although only one can transmit data.

Many of these things will sound familiar though. The parts bin at JLR is increasing rapidly and the team have dipped into it for the E-Pace. It sits on the same platform as the Evoque, but with a slightly longer wheelbase which translates into more interior room. The infotainment system is in other models too and we might be wrong but we are quite sure the fog lights in the lower front valance are identical to those on the new Discovery.

The lights might look like they come from the F-Type sports car, but Sandys insists they are very different, although he wants people to link the two models together to see a sporty character in the E-Pace.

And where better to test this sporty character than in Corsica, the island that plays host to the French round of the World Rally Championship, the Tour de Corse, known as the rally of a thousand corners.

Both versions we drove were comfortable with a good driving position, which felt familiar, a good thing when you are facing some of the most intense twisty roads on the planet. The steering is a little disappointing though, offering little communication with the driver in spite of being precise in its response to your inputs. The ride was a bit too firm over some of Corsica’s more scarred sections of tarmac, probably due mostly to the large wheels with lower profile rubber.

Heading into bends that have seen legendary rally drivers tap a rock and hit the mountain, or disappear down into deep ravines, makes you more aware of what the limits of the car and more importantly, the driver might be. The vast blind spots caused by the A-pillars and mirrors were an issue on occasion, as was the occasional all-wheel drive understeer. The E-Pace is heavier than its big brother, at just under two tonnes, around 200kg more than the F-Pace.

The weight was not an issue when it came to the handling, but it was when braking, with the two models we drove featuring overheating brakes, not something you want on Corsican rally roads. I did have to wait for the brakes to cool before hitting the bends hard again.

The biggest surprise though was that it was not the petrol model with its 200kW and synthesised exhaust sound entering the cabin that was the best to drive. The nine-speed gearbox was consistently unsure of itself as it tried to decide which gear, how much power and where it wanted to be.

The situation was improved by driving not in dynamic mode, but in comfort mode, but it was the diesel that suited not just the car but the twisty roads the best. We could get the power down earlier and quicker, the gearbox responding more decisively making experiencing the incredible roads even more rewarding.

When the E-Pace arrives here next month, it will have to take on the latest Audi Q5, BMW X3, Mercedes GLC and even its own Evoque sibling. In this world of compact SUVs, the E-Pace fails to really stand out, instead matching its rivals on style, quality and capability.

I could say it’s just another SUV, possibly even one that Jaguar has rushed a little to market, but I can’t because unlike its rivals this one has something else going for it, something the others don’t have — it’s a Jaguar and one which offers plenty more than just its cute looks. – Mark Smyth