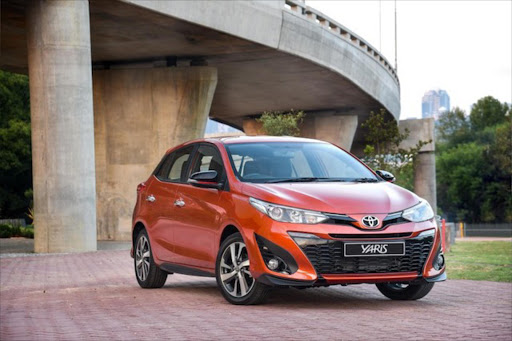 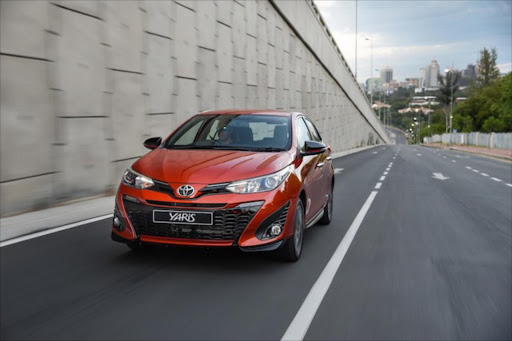 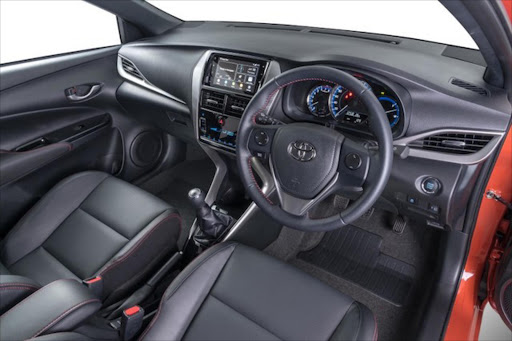 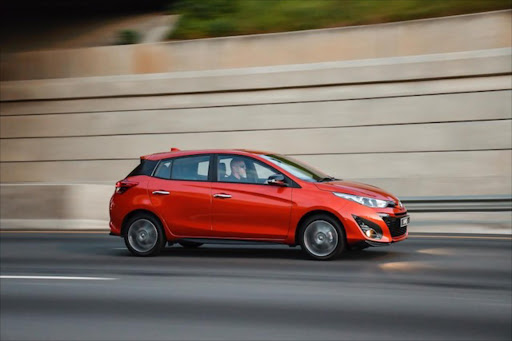 Remember when Toyota and Volkswagen were locked in a furious battle in the small car segment? First it was the Tazz versus the Citi Golf, then the Yaris versus the Polo. But at some point everything went wrong for Toyota. In fact the brand is no longer the budget brand it once was with the majority of its sales being of vehicles costing more than R450 000.

But Toyota wants to fight back and to do it, it has brought in a new Yaris from Thailand. Actually it’s the facelift of the Yaris that has been on sale in Thailand for four years.

It looks substantially bigger than the old model and it is. The overall length has grown by 195mm and it’s 35mm wider, but the wheelbase, the all-important statistic that governs how much interior space there is, has only grown by 40mm. So bigger on the outside but not so much on the inside. Some of that increased length has been used to grow the luggage space, with the new Yaris getting an extra 24-litres at 310-litres. It looks bigger than the figure shows though.

There is a good-looking Sport version though, which appears to want to take on the Polo GTi with a honeycomb grille, red exterior accents, LED daytime running lights and red stitching in the leather interior.

The interior is where things are both a big improvement and a letdown at the same time. It has a good driving position despite the lack of reach on the steering wheel. High-spec models get automatic climate control and all but the basic models get a nice touchscreen infotainment system that even includes Android Auto and Apple CarPlay and navigation. It’s an after-market unit from Pioneer but it is definitely one of the best we have experienced.

The letdown is ironic because at the presentation, a Toyota product person proudly declared that "soft materials have been used throughout the vehicle". Except they haven’t because the letdown comes in the form of some truly terrible plastics. Don’t expect any soft-touch materials like you do in a Polo; instead, Toyota has gone with the hard plastic route, but the designers have tried to fool you with injection-moulded stitching imprints in the plastic. It actually looks okay, but it isn’t. Not that everyone will notice.

What the millennials that Toyota is targeting with the new Yaris will notice though are the great new colours, the infotainment system, the alloy wheels, keyless entry and start and great rear legroom. It’s all packaged to impress but it is all cosmetic.

Even more cosmetic is the Cross version, which has minimal amounts of black cladding and some useless roof rails but no changes in ground clearance or anything practical.

You have the choice of a five-speed manual or a continuously variable transmission (CVT) but really there is no choice because unless you are happy pottering around town at low speeds all the time (and we mean all the time) then stay away from the CVT altogether and go with the old-school-is-cool manual box.

On a drive around KwaZulu-Natal the combination of the CVT and the engine provided for some interesting if potentially scary overtaking manoeuvres, the kind where you think you can go but then realise the car has nowhere near the ability to get you past that truck in time.

That situation is not helped by realising you only have two airbags where the Polo has six. The manual is better if you want to be in control and make more use of the power and torque on offer. Yes you have to use one of those clutch things but it is definitely the better option.

There are other issues too, because while the new model is 10kg heavier than the old one, it feels lighter, less solid. That’s probably down to the materials used more than anything but it adds to the lack of confidence on the road. The electronic power steering is overly sensitive and the level of noise intrusion also seems higher than that of the previous generation.

All these negatives could easily be discounted if the new Yaris undercuts its rivals by a big margin. But it doesn’t. Starting at R230 800 for the base-spec Xi model it is way too close to the price of the new Polo and let’s not forget the old Polo is being reborn this week as the new Polo Vivo.

Clever marketing will probably see Toyota increase its Yaris sales but the new model fails to deliver on its looks and it’s going to have a hard time putting the brand back in the driving seat against its major rivals. – Mark Smyth