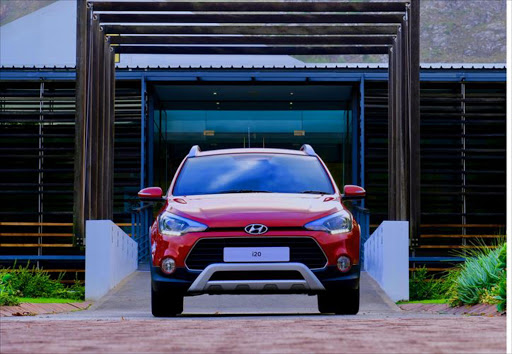 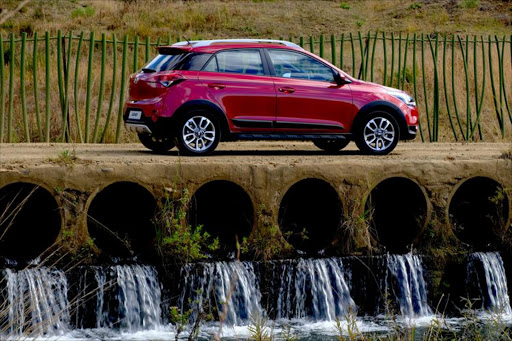 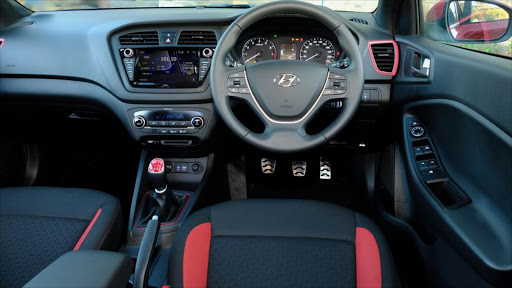 The compact hatch segment is competitive, very competitive. It always has been since the days of the great Citi Golf versus Tazz battle. Today it includes the Volkswagen Polo, Ford Fiesta and Toyota Yaris. There is the Renault Clio and Mazda 2, Kia has its Rio and in June Suzuki will launch its new Swift. The Polo dominates it by miles but the pie is big enough for everyone else to be able to get a decent slice.

Over the years Hyundai has eaten quite well from the segment, with its i20 being the third highest seller in 2016 and 2017, albeit a long way behind Polo and Fiesta. Now the company has updated the range and added a new model too.

That new model is the i20 Active, which replaces the previous Sport. It’s new to SA but it has been on sale in other markets for two years. Bizarrely, it is also not new in the sense that it doesn’t have the new design that features in the regular hatch. The hatch gets a full exterior makeover, with a new grille, new lights front and rear, new wheels and other new design elements.

The Active on the other hand features the old i20 design but of course with the addition of roof rails and plastic cladding. It also features the same ground clearance as the regular i20 so while some pseudo crossovers have a bit of raised ride height to shout about, the i20 Active does not even have that. Still, it looks rather good in an old i20 sort of way and Hyundai SA marketing boss, Stanley Anderson, says it is pretty decent on a gravel road.

We did, however, drive the i20 1.2 Motion manual with its 61kW at 6 000rpm and 115Nm at 4 000rpm. The engine pulls away nicely, mainly because its normally aspirated nature means it lacks any of the turbo lag of some rivals. Then there is a strange power lull before it all gets back on track.

There is no change to this engine from the previous model, which means a 1.25l motor that has to work hard at speeds over 80km/h. You have to think carefully if you want to do any overtaking at the national speed limit and ideally you need to be pointing downhill with a long view of the road ahead.

The 1.2 is not a long-distance cruiser, with it sitting at around 3 800 revs at 120km/h. Fortunately things are not too noisy there but it could do with a sixth gear to drop the revs down to a more comfortable level. It puts the R229 900 entry-level firmly into the city car segment, which will be fine for many, particularly when you consider that it still comes with an extensive list of equipment typical of Hyundai and Kia.

You would be better off stepping up to the 1.4 though, which starts at R254 900 for the Fluid auto, although our preference would be the Fluid manual at R266 900. Again the engine is not new with its 74kW and 133Nm but it provides much more power and it is not going to struggle if you happen to be carrying three passengers and a kitchen sink. The six-speed gearbox feels better and the revs sit nearly 1 000 lower at highways speeds.

Comfort levels are good and you get a decent amount of rear legroom and boot space. The dashboard is a large piece of hard plastic, normally an area of criticism, but it does not look cheap. The same cannot be said of the door trims though, which are basic to say the least. The infotainment system which debuted on other models in 2017 is good and provides various benefits of Bluetooth connectivity and you get a decent multifunction steering wheel too.

It is all possibly a bit functional rather than trend-setting but we have always liked the i20 and it remains a good, value-for-money offering. The design updates on the regular hatch work well and we suspect it will not be too long until they appear on the Active too, making that a potentially dated investment.

The arrival of the new i20 heralds the start of a busy rest of year for the brand. In the next couple of months it will launch a new version of the H1 bus and an updated Creta. In the fourth quarter the company will introduce the updated Tucson (Kia will also introduce an updated Sportage) and Santa Fe, but the big news is that the firm has finally decided to bring the Kona crossover to SA. It seems to have been well received globally so should be worth waiting for. – Mark Smyth