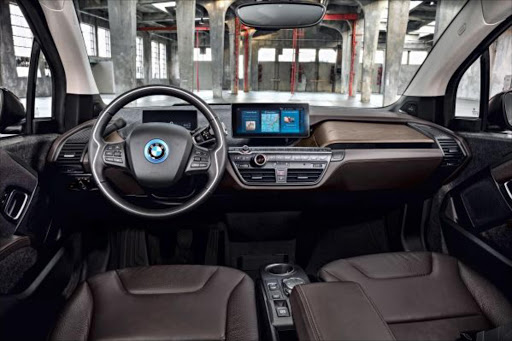 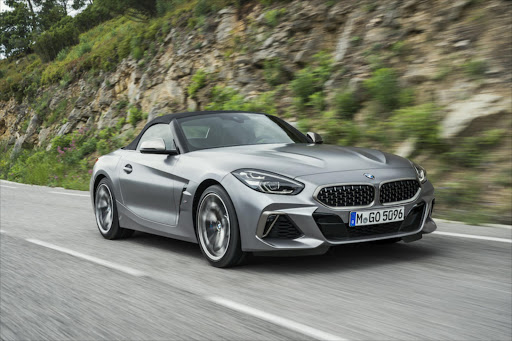 The utopian ideal of not having to pay for petrol should, in theory, have electric cars like the Nissan Leaf and BMW i3 zooming out of showrooms like smartphones.

The fact that sales have instead been a trickle is due to two things: short range and long charging times. But all that is changing now that the automotive world, rather than treating electric cars as a nice-to-have niche, is committed to throwing many of its future eggs into the electric-car basket.

There’s been a surge of technological development in this field and, if we’re to believe motor company claims, the battery-powered cars twirling on motor show stands are promising petrol-equivalent ranges of up to 500km, while charging times are getting ever shorter.

The BMW i3 isn’t quite at this point yet, but, as Motor News discovered over a week-long test, it has become a far more practical and easier-to-live-with car now that the driving range has been hiked since the i3 was launched in 2015.

The standard i3 continues with the existing 125kW and 250Nm synchronous electric motor, with a single-speed automatic transmission. But the increased-capacity 33 kilowatt hours lithium ion battery in the vehicle’s floor offers a driving range of 200km between charges in "everyday use", says BMW, while for an extra R80 000 customers can specify an optional 28kW two-cylinder motorcycle petrol engine that acts as a battery charger to extend the range by 150km.

Our test car was the standard, all-electric version selling for R637 300, and I was impressed with the mileage it achieved on a single charge.

My daily commute to and from work is about 42km and the new i3 was able to drive nearly the whole week without requiring Eskom assistance. The car takes about eight hours to fully charge at a regular socket, or as little as three hours with a fast-charging i Wallbox that BMW will supply with the car.

Fast-charging stations set up at a number of BMW dealers will charge the battery from zero to 80% in about 45 minutes — for free. I drove mostly on the intermediate Eco Pro battery-saving mode (which limits the top speed to 130km/h), but to squeeze extra range from the car there’s also an Eco Pro+ setting which limits top speed to 90km/h and disables power-sapping features like the aircon.

In the default Comfort mode the car is capable of 150km/h.

In stop-start urban driving the car’s kinetic energy regeneration feeds power back into the batteries to increase the range. This power-regenerating feature, which feels like the brakes are being applied every time you lift off the throttle, feels odd at first but you soon get used to it.

It’s so effective that in normal driving, even on downhills, you barely have to touch the brake pedal except for in emergencies or when parking.

You also get used to the car’s eerie silence, though inattentive pedestrians tend to step in front of it because they don’t hear it coming. The car is fun to drive, with a dose of instant acceleration that humbles most cars at the traffic lights. This is thanks to the instant maximum torque afforded by the electric motor, without needing to hike the revs as in a combustion engine.

A super-light bodyshell made of carbonfibre reinforced plastic adds an extra spring to the car’s step, leading to a respectably swift 0-100km/h claimed figure of 7.3 seconds.

The ride quality is fairly decent and the suspension absorbs ripples well. The steering is light and the car is nimble in medium-speed urban driving, but try to charge this high-roofed hatchback into corners like a boy racer and the skinny tyres squirm to show their displeasure at harsh treatment.

The extended range puts weekend excursions on the i3’s can-do list, as I did when I drove from Joburg to Suikerbosrand nature reserve near Heidelberg to go cycling. On that mostly open-road drive the regenerative braking didn’t come into play much, but the electric BMW still had a healthy 70km of quoted range left when I got home after the 110km round trip.

A bicycle fitted quite comfortably inside the i3 with the rear seats flipped down. Rear-seat passenger space isn’t quite as impressive, and taller adults will have their legs squeezed.

The i3 was recently retouched with a facelift that includes all-LED headlights and some interior tweaks, but the "sustainability" theme — like or hate it — remains, with fibrous recycled material adorning much of the dashboard and doors, and open-pore eucalyptus wood trim.

The electric Beemer has a reasonably comprehensive spec sheet in a minimalist setting that has an infotainment screen and an iDrive controller instead of a large clutter of buttons.

The i3’s price tag isn’t cheap but running costs are. Charging it at home once or twice a week is dirt cheap compared to filling up with petrol or diesel — especially with today’s fuel prices. – Denis Droppa