The new Mercedes-Benz A-Class is a significant improvement on its predecessor. By Thomas Falkiner 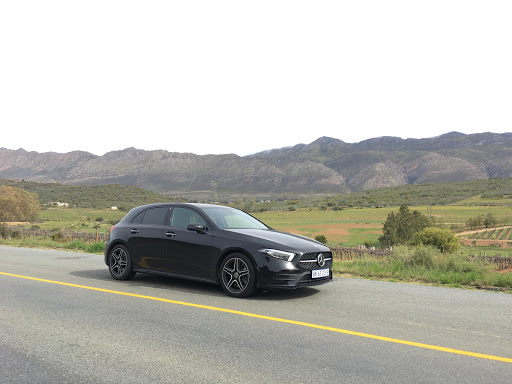 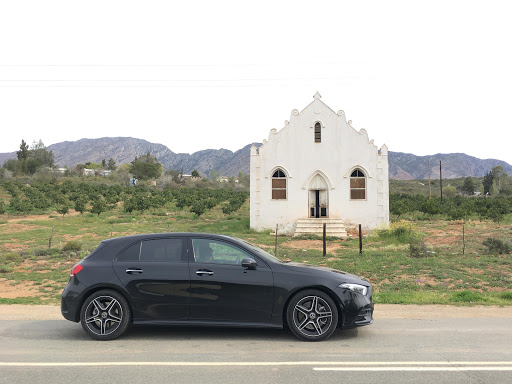 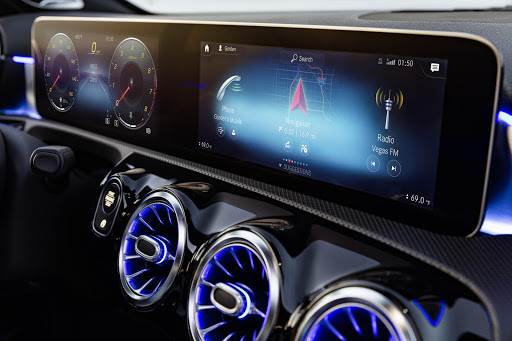 I remember you loathed the third-generation A-Class — is this new fourth-generation model really any better?

Right you are. The old A-Class was, in my book, a monumental disappointment. It looked fantastic and packed a mighty fine interior but from an actual driving point of view it was let down by terrible ride quality, lacklustre gearboxes and engines that never really seemed all that keen to rev. The rest of the package was actually quite good: an exciting alternative to rival cars built by the likes of BMW and Audi.

Consequently, I approached its successor with a fair wodge of trepidation. Especially since the model I had been given to test drive, an A250, wore the optional AMG Line package that sported a lowered, firmer suspension setup. Not to mention 18-inch alloy wheels. Although it felt stiff out of the blocks, there was none of that nervous choppiness that plagued the outgoing model once up to speed.

From the streets of Cape Town centre to the passes out past Paarl, the A250, with its rear multi-link suspension, proved to be a surprisingly compliant steer — one no more unyielding than a Golf GTI. So in this respect, yes, the new A-Class certainly represents a significant improvement.

Is it as quick as a Golf GTI?

On paper it is actually quicker. Well, marginally. Mercedes claims that the A250 will hit 100km/h in 6.2-seconds (versus 6.4 in the Golf) and run right on to a top speed of 250km/h — 2km/h more that what the GTI is capable of reaching.

Whether blasting off the line from standstill or overtaking a slow-moving procession of cars and trucks on the R62, there’s enough muscle on tap to keep you happy. The 2.0-litre turbocharged engine also sounds pretty good and seems to enjoy chasing down the rev limit. At the moment it only comes coupled to a seven-speed dual-clutch transmission that shifts with all the well-oiled dexterity of Volkswagen’s DSG equivalent.

You drove a mountain pass — how did the A250 handle it?

You’re damn right I did! I mean what’s a trip to Cape Town if you don’t pay Du Toitskloof Pass a visit, right? I had a clear run from the Paarl side up towards Worcester and was impressed at how this sporty Mercedes handled on the limit. It’s not the most involving of fast hatchbacks, nor does it crackle with the most feedback (particularly in the steering department) but it is a willing and easy dance partner with predictable road manners.

A GTI is a sharper slinger of corners but the A250 — particularly with the AMG Line package — isn’t lagging that far behind. For its intended target market (think image-conscious, tech-savvy city sophisticate), the A250 packs just enough dynamic appeal.

My friend told me the new A-Class has quite the interior. True?

Absolutely. Mercedes-Benz has taken the cabin of the A-Class to a new level of technological cool thanks to its ultra-futuristic dashboard arrangement. Spitting in the face of all things analogue, a pair of 10.25-inch HD displays span half the width of the interior and relay, digitally, everything from traditional instrumentation readouts (speedometer, temperature, tachometer etc) to various infotainment settings and navigational maps.

Out goes the COMAND rotary knob of old and in comes the slick new MBUX system that is geared solely around touch-sensitive operation. You can perform this by sliding/tapping your fingers across the touchpad on the centre console, touchscreen or buttons on the steering wheel. It’s daunting at first (like being thrown into the cockpit of a Boeing 777-300) but once you get the hang of it you’ll discover an intuitive infotainment system that’s fairly simple to operate.

I also liked the trippy mood lighting that can be customisedwith a vast palette of Tron-esque shades of neon, and which illuminates everything from the vents and dashboard right down to the footwells. What I would, however, like to see is some kind of cowl to enshroud that HD display setup. At the moment it is just sort of plonked atop the dashboard with a sizeable gap behind it that will quickly trap dust and dirt.

So, I take it the A-Class is no longer a four-letter word in your automotive vocabulary?

No, not at all. I held much scorn towards the third-generation model and actively dissuaded people from buying it. Nobody listened, of course, but those who did part with the cash sheepishly admitted that even they were disappointed with the way it drove.

This time around potential buyers have nothing to fear, as the new A-Class – particularly this A250 model — is a properly viable alternative to the VW Golf, Audi A3 and BMW 1 Series. In some areas (cue that aforementioned interior) it even surpasses them. So if you’re in the market for an executive hatchback then this Mercedes is definitely worth a long, hard look.