Cool or kitsch? We test the pimped Navara Stealth 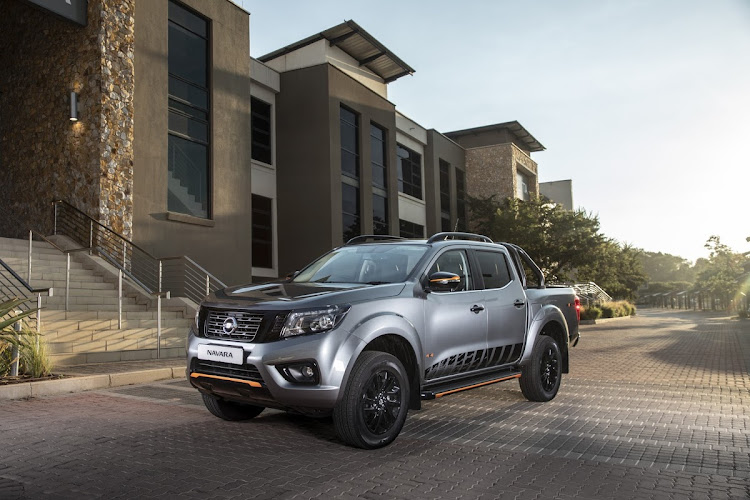 Black and orange treatment is the antithesis of stealth, despite the name.
Image: Supplied

With its bold black and orange plumage this Nissan Navara is the very antithesis of stealth, and I sometimes ponder the judgement of the man buns in marketing departments who give vehicles their names.

Nevertheless, misplaced monikers aside, I am quite fond of this limited-edition Navara Stealth’s colour scheme. That makes at least two of us: me, and the guy on the pavement who gave it a cheery smile and thumbs-up as I drove past him one morning.

Like me, he probably decided the Navara Stealth was pimped up without being overly garish, with its black trim and orange accents replacing the usual silver and chrome trimmings. The grille and front bumper, alloy wheels and the side mirrors and side steps are all rehued in this black-orange scheme to give the bakkie what the man buns call a “bold and edgy character to match that of its driver” (insert drum- or eye-roll as per your preference).

As most people know, the Navara is the donor vehicle to the very expensive Mercedes X-class bakkie. And being the cynical humans we are, we tend to criticise the Merc for its “Nissan-ness” but without the opposite holding true, i.e. letting the Navara bask in the reflected glory of the Benz.

No matter, that’s just around-the-braai talk. When it comes to laying out actual money for a premium double cab, the Navara still ranks up near the top of the desirability pile.

It’s a very competent piece of kit, with all the ruggedness, comforts and sophistication we expect of modern-day double cabs.

Apart from its conspicuous colour scheme, the Navara’s primary selling point in a crowded market that includes Amarok, Ranger, Hilux, D-Max, Triton, BT-50 et al, is its coil spring rear suspension which gives it a somewhat more comfortable ride than its rivals that use old-fashioned rugged leaf springs.

It’s still not exactly SUV-like in its bump-soaking ability, and with an empty load bay the Navara does ride along with some of the typically jouncy character of a bakkie, albeit to a lesser kidney-shaking degree than some (if not all) of its peers. The Amarok, with its rear leaf springs, rides just as comfortably.

Our time with the Navara Stealth was spent mostly in the urban jungle where it commuted with respectable grace. It’s a sizeable vehicle which you don’t want to spend too much time parallel-parking, but the light power steering and the tightest turning circle in its class make this bakkie fairly easy to thread through busy urban confines. 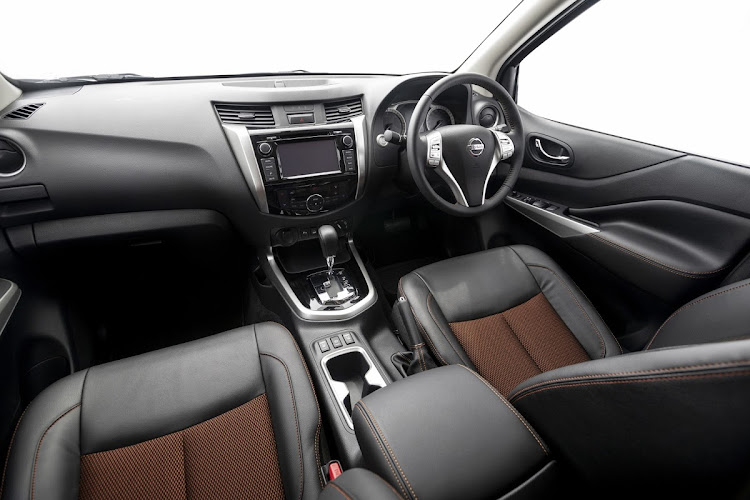 Our travels took in some mild off-roading during a camping weekend, but we didn’t need to engage either the Nissan’s 4x4 mode, low range or diff lock. The generous 229mm ground clearance sufficed to get the bakkie over the rocky trail in just rear-wheel-drive mode.

The weekend trip taught us two things: the amount of paraphernalia four people require to camp two days in the bush apparently rivals the setup it might take for a similar number of astronauts to colonise Mars; second, a double cab is an excellent choice for a camping adventure, and all the tents, mattresses, cooler boxes, pillows and fold-up chairs fitted into the giant load bay without requiring Tetris skills.

The Navara schlepped this big load like a champion. It may have one of the smallest engines in this neck of the double cab segment, but its 140kW/450Nm 2.3l turbo diesel doesn’t lack any grunt; in fact it outguns larger-engined rivals like the 2.8l Hilux (130kW/450Nm), and the 3.0l D-Max (130kW/380Nm). It had the best engine-size-to-power ratio until recently being bested by the impressive 157kW/500Nm 2.0l twin-turbo diesel engine introduced in the Ranger line-up.

There are no unsatisfied power cravings when driving this Nissan; it hauls heavy loads with a gutsy and free-revving nature (it can also tow loads up to 3.5 tons) and with semi reasonable refinement too.

It isn’t a particularly thirsty beast and our test vehicle averaged just under 10l per 100km.

The R659,900 price tag makes it one of the most expensive double cabs in the segment but it throws a lot of toys into the deal: navigation, touchscreen infotainment, 360° parking camera, seven airbags, electrically adjustable driver seat and push-button engine start being just a few of them.

The cabin adopts the exterior’s black-and-orange theme in a manner that’s more cool than kitsch, in my opinion.

With its ironically-named Stealth package, the Navara will probably appeal to the same kind of folk who like to deck out their Rangers with decals and aftermarket “Raptor” grilles. For those wanting to fly more under the radar, Nissan still offers the more demure LE version of the Navara at a price saving of about R12,000.