Brenwin Naidu fails to be impressed by this racy special-edition 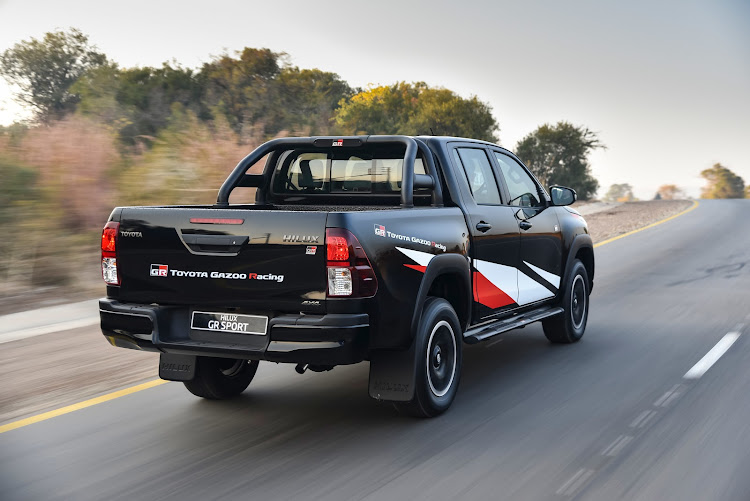 You get those cars. You know, those ones that afford its user with a certain, superior degree of social currency — even though it might not be the priciest or most exclusive automotive specimen on the market.

Take the Volkswagen Golf GTI and its R counterpart as prime examples. Both sought after. And in many parts of our country, you might find that either boasts more kerbside appeal than if you were to park up in something that fits into a higher tax bracket.

And what about the venerable Toyota Hilux? A consistent best-seller since the invention of the sundial, high-up on the list of many, including those who work in agriculture and construction. There are so many guises to be had. From the barebones, single-cab versions for fleet requirements. To fully-equipped, limited-edition examples seemingly poised for collectible status. All with strong resale values pretty much guaranteed.

I was more than a little jealous when colleague Bruce Fraser regaled me with his stories from the Hilux Legend 50 and Gazoo Racing (GR) Sport models earlier this year. A dream drive through Botswana and Zimbabwe, with majestic scenery and entertaining company to boot.

So when the GR Sport iteration arrived in our test basement, I snapped up the keys with nary a thought of relinquishing any of my seat time. Boy, the GR Sport looks proper. 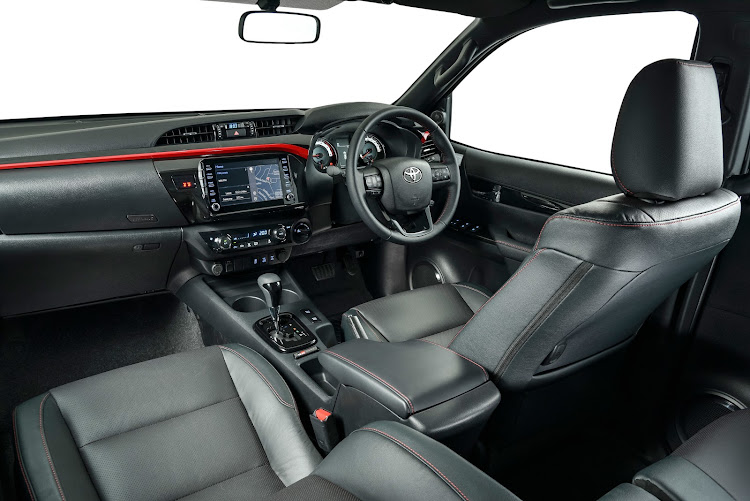 The interior of the 2019 Toyota Hilux GR Sport.
Image: Supplied

The all-upper-case Toyota designation on its snout has more clout than would the regular, circular insignia. Those 17-inch alloys mean business. And the red-and-white war paint atop its black physique denotes a splash of competitiveness, one of the obvious tenets of the overall GR philosophy.

I clambered up onto the beefy side sill and into the saddle. They say that power (or the illusion of it) can corrupt absolutely. At that point I was fully captured by the aesthetic charms of the model and inherent respectability of the Hilux nameplate.

I cruised out of the Parktown office with my elbow resting on the door ledge. Justice Raymond Zondo might have been doing his thing in the building that day. But I felt like the real sheriff in town. And the deputy.

The fascia wears a red strip spanning its width. An upgraded infotainment system features a navigation with a display echoing that seen in models from sister division, Lexus. And there are sprinklings of GR logos — notably on the start button and embroidered onto the seats.

Subtle, I thought, as I accelerated with more verve than necessary to merge with freeway traffic. As brisk as I expected, given the relative stoutness of that 2.8 GD-6 unit, but not with the pluck promised by a sporting moniker. The figures remain unchanged at 130kW and 450Nm. This is the only mill you can have in the GR Sport, mated to the familiar 6-speed automatic, with 4WD. 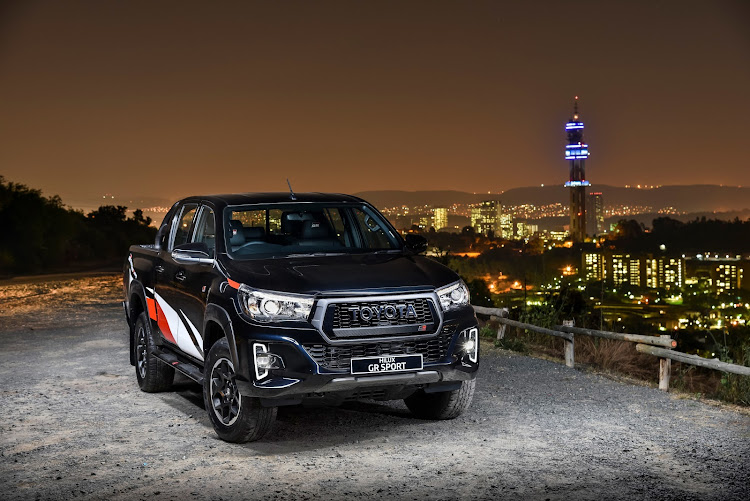 So, this is not a pick-up for a traffic light grand prix à la Volkswagen Amarok 3.0 TDI V6. Then again, the Ford Ranger Raptor also saw no bump in power. Maybe the real essence of the Hilux GR Sport lies in the suspension?

Hmmm … Speed humps and those rippled metal strips en-route to the gym basement left me with doubts. Toyota's technical release describes a "bespoke Gazoo Racing, uprated and tuned suspension" with shocks boasting revised damping and "increased front spring rates". I would be lying if I said it felt more polished than the last Hilux I sampled in 2018, which was a 2.8 GD-6 4x4 Raider, with a six-speed manual.

That leaves me extremely underwhelmed. There was potential here to build a contender that would make a meaningful contribution to the niche of specialised pick-ups for the leisure market. Look at what Isuzu did with its Arctic Trucks rendition of the KB-Series, for example.

Beyond the aesthetic accoutrements and its 600-unit production run, this special edition GR Sport doesn't strike me as special. But given what we've said about the Hilux's equity, maybe you'll be having the last laugh when your R707,400 investment pays off some time from now.

Paul Ash runs down to a Free State farm aboard a Suzuki V-Strom 250, through rain, on a bike that won his trust
Lifestyle
2 years ago

Spanish Grand Prix to stay on Formula 1 calendar in 2020

The Spanish Grand Prix will stay on the Formula One calendar in 2020, the sport’s commercial rights holders and race organisers said on Tuesday.
Motoring
2 years ago