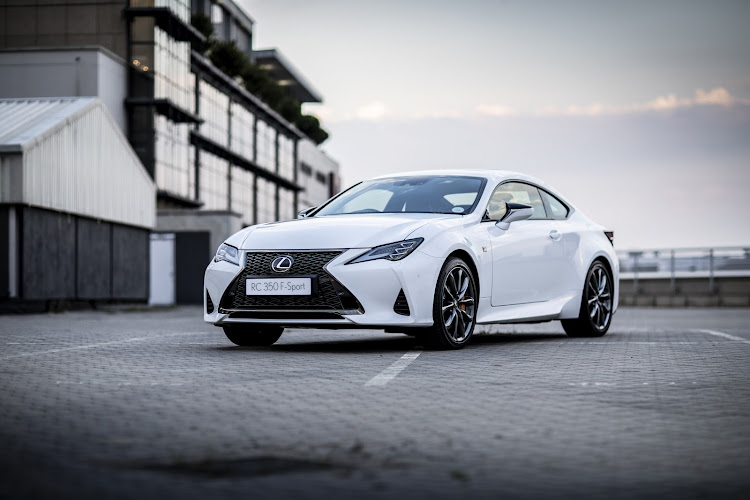 Recently, my colleague, Bruce Fraser, had a go in the Lexus RC F and its more potent Track Edition spin-off at Dezzi Raceway in KwaZulu-Natal. He returned to Johannesburg a different man. I noticed from my interactions with him a sense of zen-like tranquillity and self-assured calm. It was like he had achieved a state of V8-induced nirvana, hypnotised by the elevations and kinks for which the coastal circuit is known.

A week before that, I found myself in possession of the meeker RC-350 F-Sport. Why, you ask, was I only just getting to grips with a car that was launched in February? I had attended that initial exposure to the product and formulated my opinions.

Then, a weekend involving attendance at one of those Japan- vs Germany-enthusiast meets, plus duties as a matric dance chauffeur, had me taking up a fortuitous offer from the media officer at the firm. Right before the car was to be relieved of its service in the fleet. 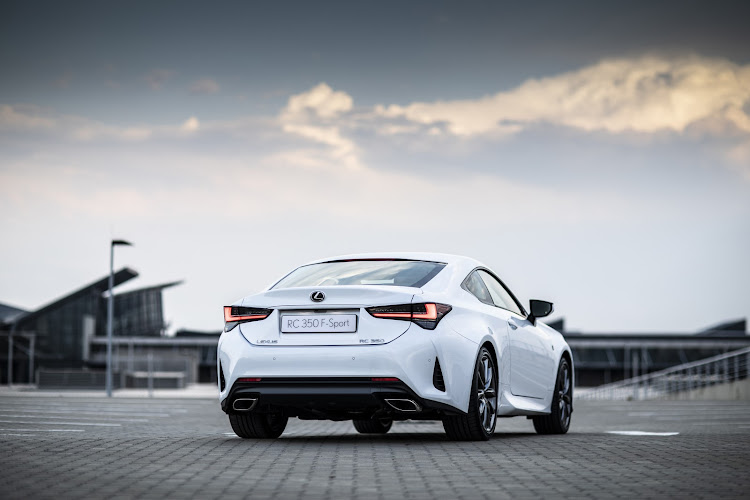 I'm glad I seized the opportunity, because when would there be another chance to revel in the throwback charms of a normally aspirated, 3.5-litre V6 petrol in a new production car? Ironic that we bask in such simplicities, now that the reality of their sell-by dates has truly settled in.

Indeed, this RC-350 F-Sport came off second best to boosted rivals with smaller displacements at many a traffic light grand prix. But the hearty, bellowing acoustics somewhat makeup for the altitude-sapping 232kW and 380kW. The engine is married to an eight-speed automatic.

Exclusivity counts for a great deal, because the chances of spotting another example of the coupé on your commute to work are unlikely. There was certainly nobody else with a matching weapon in the arrivals lot of that high school ball mentioned earlier. The sheer rarity of the Lexus made others in McLarens, Porsches and Lamborghinis seem positively common.

Now, in all seriousness, is the RC-350 F-Sport something to be genuinely considered over the other six-cylinder rivals, like the Audi S5, BMW 440i and Mercedes-AMG C43? Let us assume that the person investigating the category wants to survey all the options impartially. 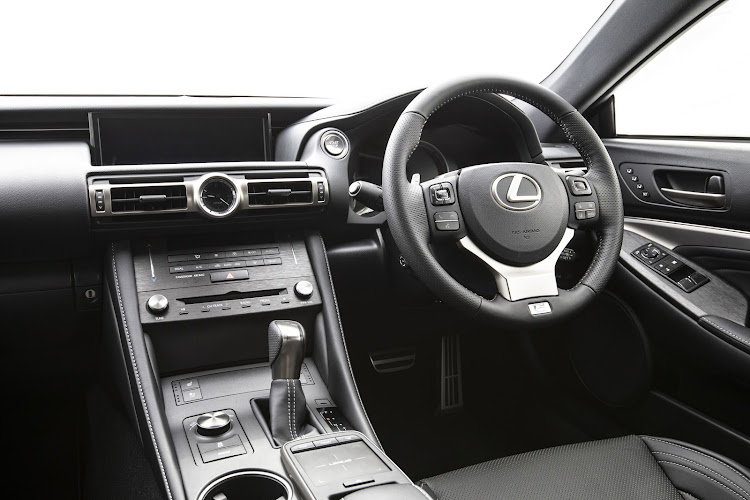 All luxuries come standard in the Lexus. There are no costly options to drive up the price.
Image: Supplied

The Japanese two-door is by no means the most modern of the lot. But the old-school charm of its powertrain, the origami styling and bountiful specification are unique drawcards.

Maybe the same three points could be made if we levelled up the discussion, stacking the RC F against the equivalent C63, RS5 and M4? Great to know that the genre panders to such a mix of preferences, including the oddball buyer who seeks to brag about owning the only Lexus in the district.

The luxury saloon market is very competitive in SA, with plenty of good second-hand options
Motoring
2 years ago

Join Ignition TV presenters Ziphorah Masethe, Brenwin Naidu and Shaun Korsten as they tell you what's hot and what's not about the luxurious Lexus LS ...
Motoring
2 years ago

RC F and the RC F Track Edition bring 270km/h of V8 performance, at a price
Motoring
3 years ago